Greatest Innovations of 2017 that Could Change the World

The debate whether technology and artificial intelligence is good or harmful, has been going on for quite some time. Some feel that they are the reason people no longer remain close to one another whereas some feel that it could change the world for the better. Artificial intelligence has been blamed for invading privacy but that is an altogether different matter. Some may dislike how technology is shaping the world. But, one cannot deny that the world can only become a better and a compatible place to live in, if we integrate technology along with our lifestyle. Innovations in the technological world have been rocketing leaps and bounds. We need to accept that these revolutionary transformations is what is going to change the world for the better. For you to know what those innovations are going to be, we bring you a list of the biggest innovations of 2017.

In May 2017, the Ocean Cleanup announced their new system design that would help them start the cleanup of the oceans within 12 months of time. The non-profit organization aims at developing advanced technologies that will help in cleaning up the plastic from the oceans. The NGO is currently making preparations for the operation, finalizing detailed engineering and testing their system designs in not only controlled environments but also in the oceans. 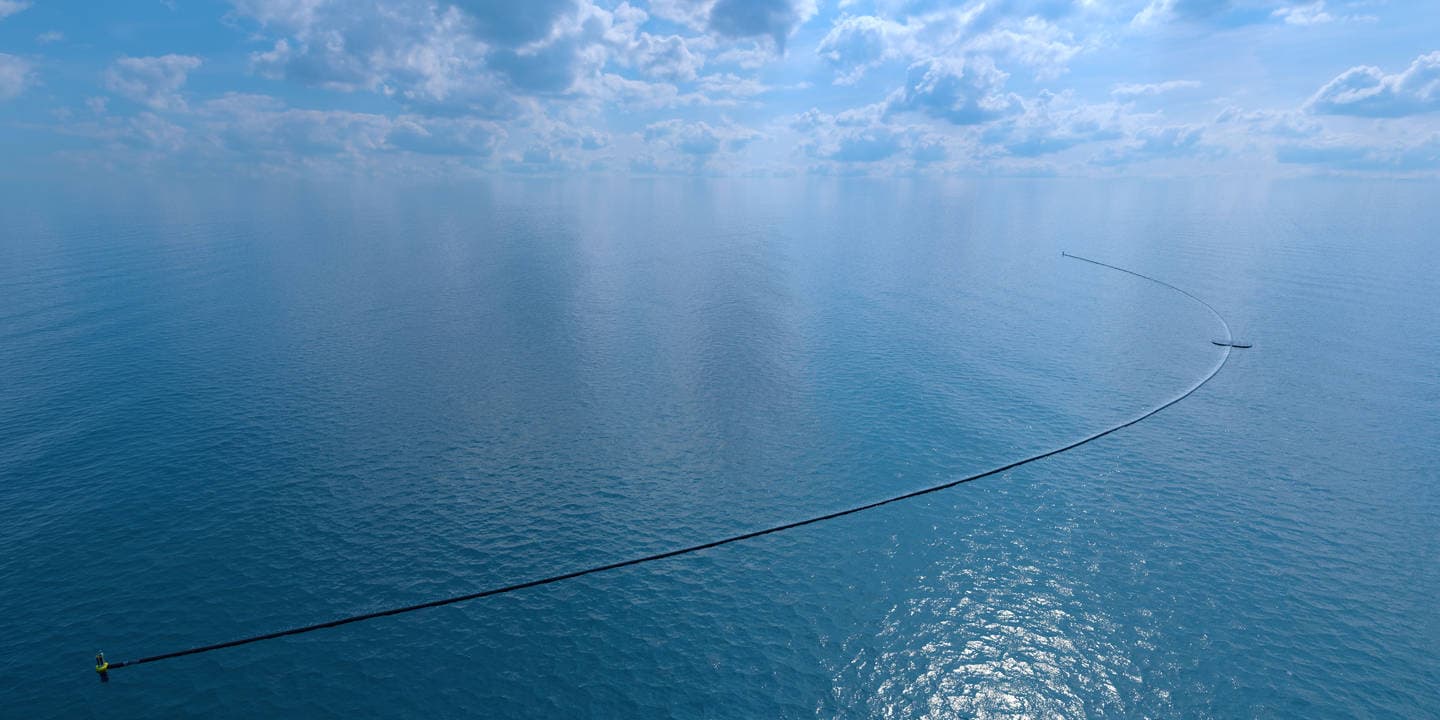 The non-profit organization aims at developing advanced technologies that would help them get rid of the plastic in the oceans.

More than 1.2 million pieces of plastic have been collected by them from the Great Pacific Garbage Patch. This project, to clean the major oceans, will be more beneficial to the animals that breathe under water. Reports of cancerous fishes and other water animals have been surfacing. This seems the best way to go about changing the world, in fact, the water world, for the better. Apart from that, their final results after cleaning up all the oceans might have a greater impact and also help impart valuable knowledge to the scientific community.

The San Francisco-based company has been the most trusted community marketplace for people to gain unique travel experiences. Airbnb’s project dubbed Open Homes is a platform where the world’s top agencies respond to the global humanitarian crisis by finding housing for the affected community. Airbnb’s project is for the people who have been displaced because of wars, natural calamities, etc. A person from any corner of the world can opt to host refugees and displaced people in his/her home. 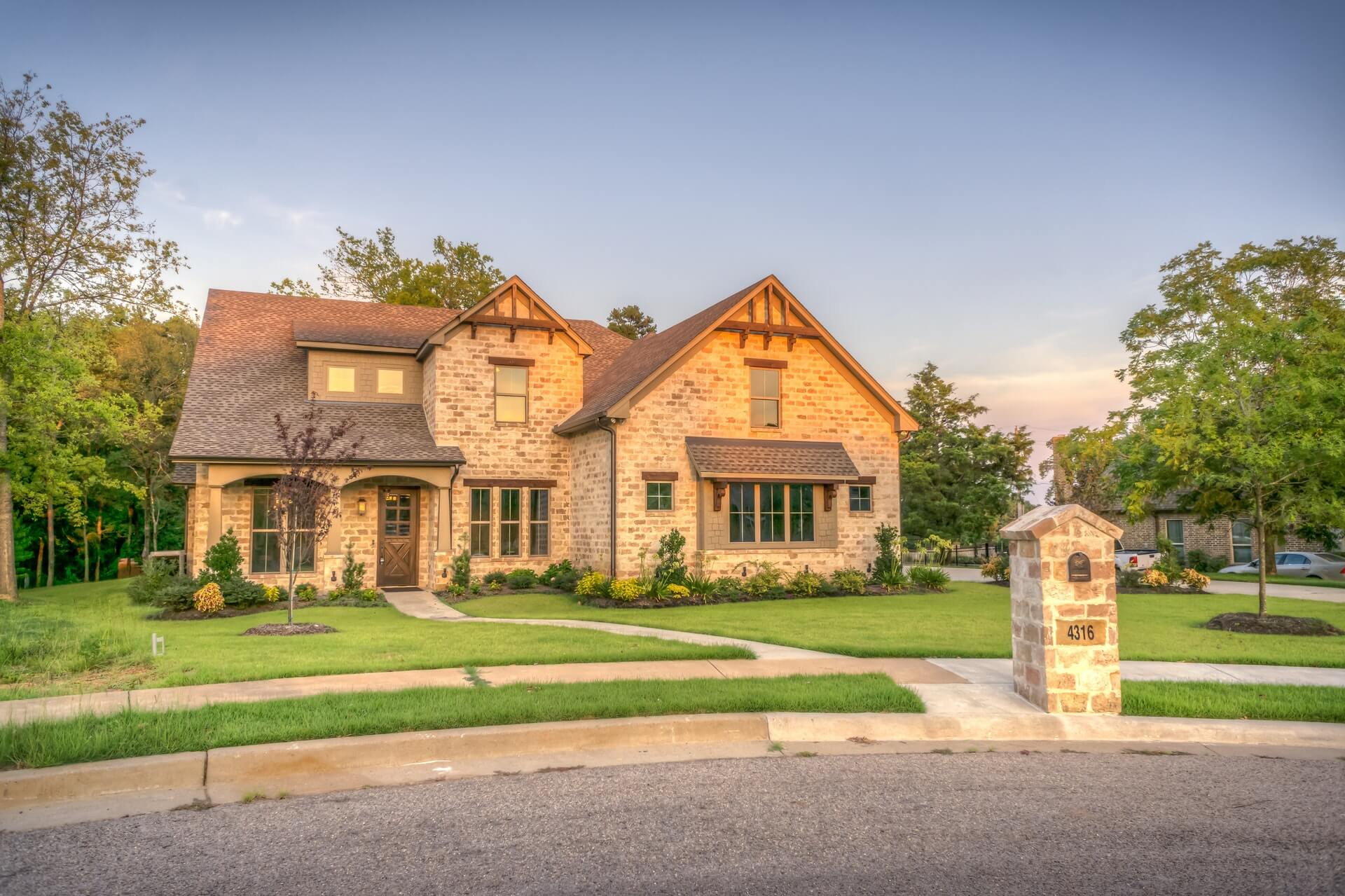 Airbnb’s project is for the people who have been displaced because of wars, natural calamities, etc.

The world is changing and wars, as well as natural calamities, are inevitable. It is best to be prepared for such times in advance. Airbnb Home is one of the most brilliant concepts as it truly helps towards bridging the gap between people and people come together for a common cause. This innovative idea of making the world a smaller place by connecting them with the right people is the reason it has made it into our list of best innovations.

Jonathan Rothberg’s startup the Butterfly Network has come up with an ultrasound tool which can be attached to a smartphone and be used for body imaging. The project includes an ultrasound on a smartphone that can indulge in cardiac scans, musculoskeletal checks, urological and gynecological issues. The device can be used in three different settings such as the emergency room, intensive care unit and medical education. John Martin, the Chief Medical Officer and a vascular surgeon in U.S. was able to identify the cancerous cells in his neck because of the medical accessory of the Butterfly Network which was connected to his iPhone. 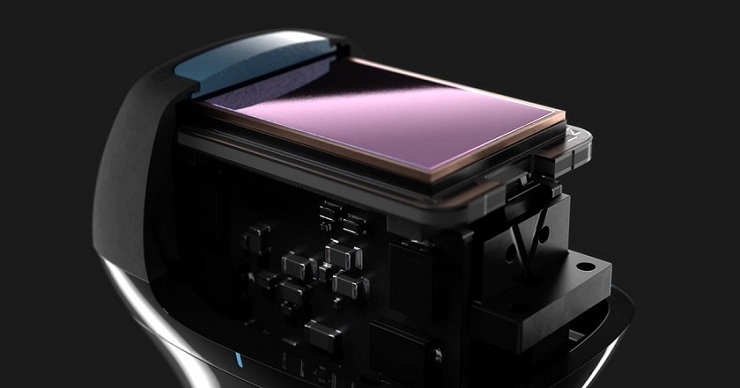 The device can be used in three different settings such as the emergency room, intensive care unit and medical education.

This invention could help doctors treat patients for a lesser sum. Traditional hospitals tend to loot money from the people in order to cure them of their illnesses. But, the smartphones turning into a tool used to scan bodies for any disease, is the most millennial development of all times. In fact, doctors who cannot afford heavy machinery, could buy this smartphone and help to treat their patients.

Body scanners are good to detect problems in the body but this is something unbelievable! Royal Phillips, the provider of integrated image-guided therapy solutions, was the one who announced the augmented-reality surgical navigation piece of technology. Surgeons have already started working on the augmented reality glasses that can help with surgeries. The AR glasses would work exactly work like an x-ray machine where everything would be visible to the doctor’s eyes. 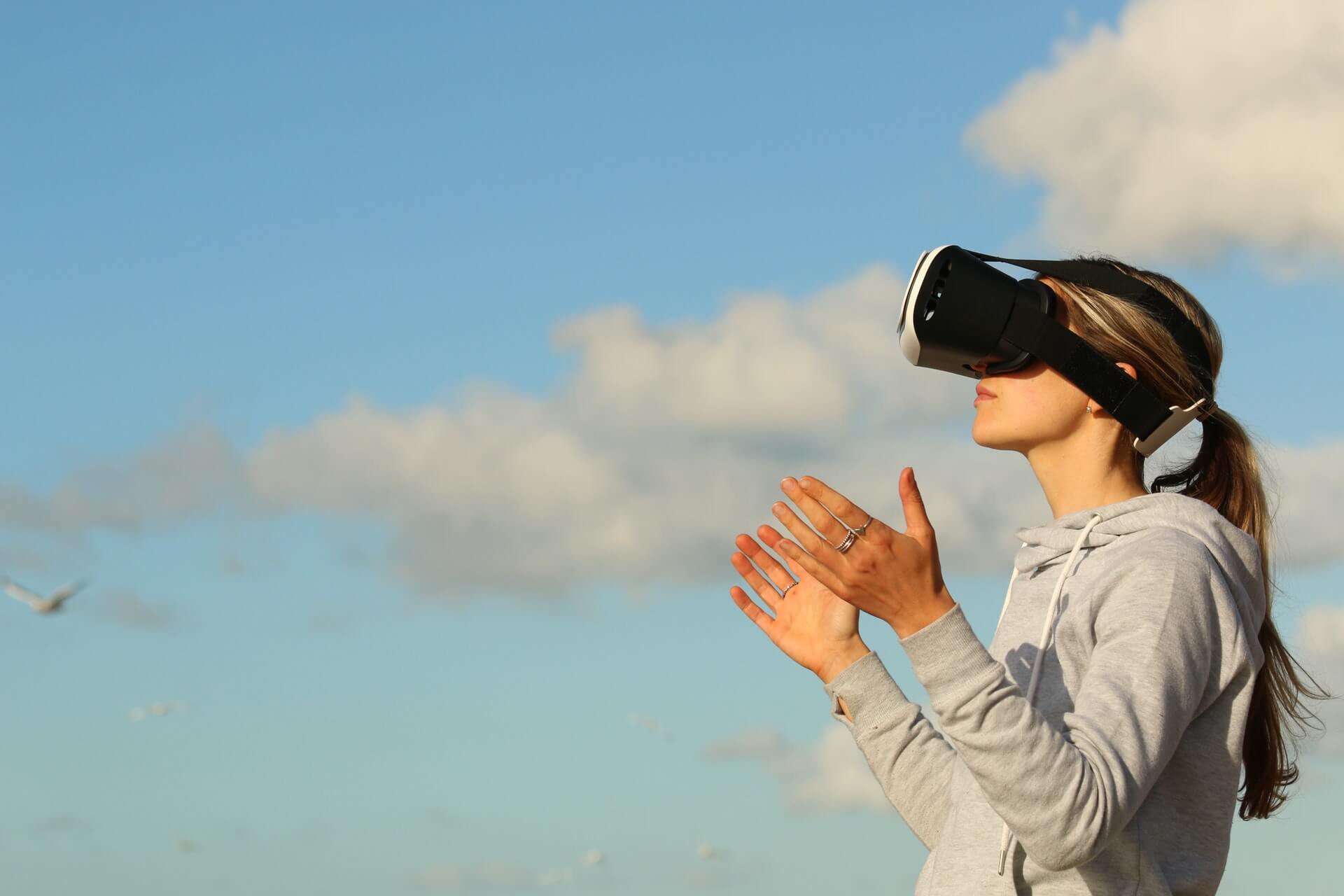 Surgeons have already started working on the augmented reality glasses that can help with surgeries.

This helps doctors operate in the area that has been affected. It also saves time where doctors don’t have to wait for an x-ray to develop and start operating quickly without wasting precious time. Some operations require to puncture holes in the body, and this device could help in locating the correct places without damaging other tissues or bones. Studies showed that the surgeon’s proficiency for spinal surgeries increased to 85% from 64%.

U.K. based company, PaveGen has installed a custom flooring system with a wireless transmitter that allows it collect the data from the tiles. The generators below produce kinetic energy as people walk over it. The pressure from the walk causes the generators to vertically displace. This electromagnetic induction produces kinetic energy which is then used in order to provide for electric power. 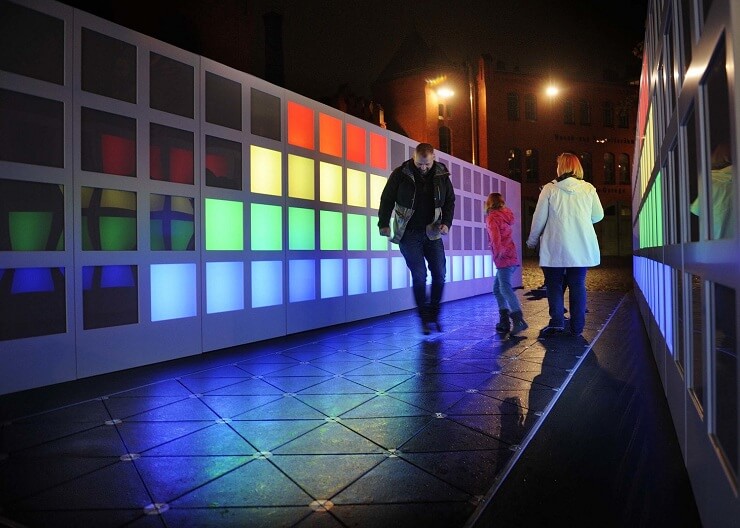 Although we got a little too technical up there, we want to say is that we no longer need to make use of the non-renewable sources to generate electricity when walking can help us do exactly the same. The pavements are made in a way that our motion creates electricity. Imagine the amount of electricity people could create by walking? Many places, who usually undergo power-cuts on a regular basis will no longer have to be affected by it. This is one innovation that could truly save the world from getting its non-renewable sources getting exhausted.

The new concept from BMW called Vision E3. The idea deals with elevated roads that shall be paved for electric bike (e-bike) riders. Its aim is to reduce traffic congestion and make paths safer for everyone. The common vehicles that run on electricity are not built for the current roads in major cities. The Vision E3 Way will be built above the regular roads. The roads will be completely covered while the cooling systems would run with the help of purified rainwater. 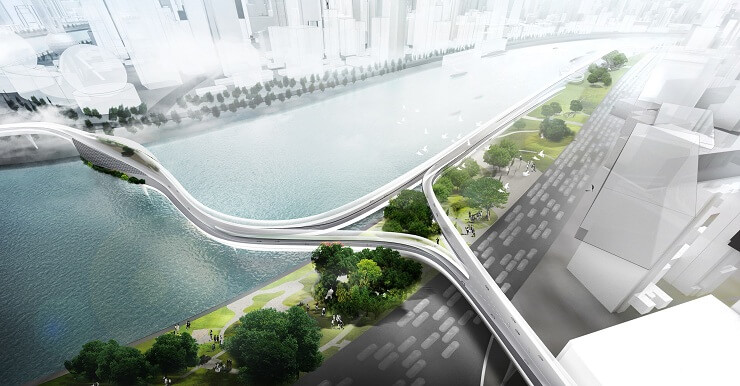 The Vision E3 Way will be built above the regular roads.

Knowing how the traffic is going to rise year after year, we also need to come up with more place on the roads so that people can commute easily. In addition, this project will also make people buy more electric bikes and help reduce pollution in the environment.

In a research led by the scientists at UC San Francisco and Case Western Reserve University School of Medicine, they made use of brain “organoids” to identify rare disorders. The research was able to find out the root causes behind Miller-Dieker Syndrome. MDS is a rare genetic disorder which causes brain malformations.

The research team made use of the skin cells and transformed it into stem cells and ten neural stem cells. These cells were able to navigate what caused brain diseases. This innovation is going to be the best innovation because then scientists could come up with a cure for Alzheimer’s and other cognitive diseases.

Elon Musk from SpaceX mentioned about his worldwide satellite internet plans a few months ago. Musk released his plans on deploying a fleet of 4,425 satellites which could provide net facilities to the entire globe. The satellites are said to be providing “broadband and communications services for residential, commercial, institutional, governmental and professional users worldwide. They plan to launch the satellites by 2019 and by 2024, everything would come online. 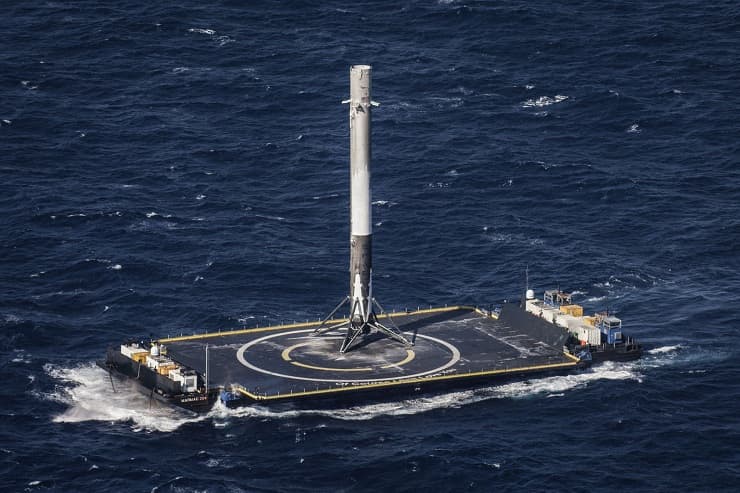 Musk released his plans on deploying a fleet of 4,425 satellites which could provide net facilities to the entire globe.

This project would prove be a revolutionary as everyone on earth will be provided with internet connection. It could also happen that the internet connectivity might reach some places even before the electricity. It does not matter where you are because you shall be getting equal net connection no matter where you go. This too has a huge potential in changing the world in the coming years. Companies and investors behind this project would be the ones who would be gaining the maximum from this project.

Christy Gren
Christy Gren is an Industry Specialist Reporter at Industry Leaders Magazine she enjoys writing about Unicorns, Silicon Valley, Startups, Business Leaders and Innovators. Her articles provide an insight about the Power Players in the field of Technology, Auto, Manufacturing, and F&B.
« Business Lessons from Nathan Blecharczyk, Airbnb co-founder
Whisk in a little of the World’s Most Expensive Whiskeys »
Leave a Comment
Close