Government of Japan to consider Rescue of Renesas with Toyota 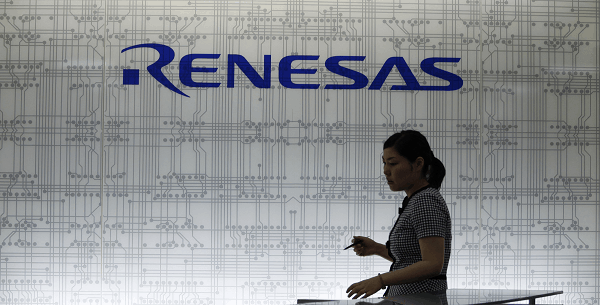 A fund connected to the Japanese government has taken a bailout of chip maker, Renesas Electronics, into account as part of a group comprising of Toyota Motor Corp., making a counter offer against a bid worth $1.3 billion or 100 billion yen for the company by KKR private equity firm.

Two sources connected to the situation stated that the plan of the Innovation Network Corp., which is funded by the taxpayers, seems to include an offer worth over 150 billion yen in exchange for a ruling stake in Renesas.

According to reports published by the Nikkei business daily earlier, the offer is likely to be sent to Mitsubishi Electric Corp., NEC Corp. and Hitachi Ltd., which act as the investors of Renesas, the following month. Nikkei also stated that the group has set its sights firmly on getting hold of a majority stake in the chip manufacturing company by the close of the year. A representative for the Toyota Motor Corp. refused to provide any comment regarding the report. In a statement issued by Renesas Electronics, the company stated that it had not made the information public.

A source within the industry stated to Reuters that being customers of Renesas Electronics, some manufacturers in Japan, including Toyota Motor Corp., might be convinced to provide assistance to the chip maker so as to safeguard their chains of supply. The source revealed what KKR has planned for Renesas – the private equity firm simply wants to break up the company in order to generate profit. They do not bother about the chain of supply.

Officials at all three owners claimed they were in the dark about any such KKR-Renesas bid. A source at a financial firm added that a plan which will be able to counter KKR may take up to a few months to devise.

Actions against the Bid

A report published in the Nikkei stated that the Japanese government fund and Toyota Motor Corp. will be joined by Canon Inc., Panasonic Corp., Honda Motor Co., Fanuc Corp. and Nissan Motor Co. along with auto parts manufacturers Keihin Corp. and Denso Corp. The group might even extend an invitation to German industrial organization, Bosch GmbH and a few other international firms to join it.

Sources claimed that KKR is already in the process of setting up talks to initiate the KKR-Renesas bid and gain control over Renesas, which will be the firm’s biggest investment in Japan. The deal is expected to provide KKR with over 50 percent of Renesas, which is currently strapped for cash. Acquisition of Renesas Electronics may even result in speeding up the rate of its restructuring, while prices continue to sink and hostile rivals begin to emerge overseas.

Renesas, the largest manufacturer in the world of microcontroller chips installed in cars, has come up with the decision to lay off about 12 percent of its overall staff and even has plans to consolidate or sell about half of its local plants. KKR ranks among the ten biggest private equity investments in the third largest economy of the world.

The KKR-Renesas bid happens to be the second one this year in Japan made by an overseas private equity firm in a chip maker in Japan, following the KKR-Renesas bid made on Elpida Memory Inc. by the team up of TPG Capital, the U.S. buyout fund and Hony Capital of China.