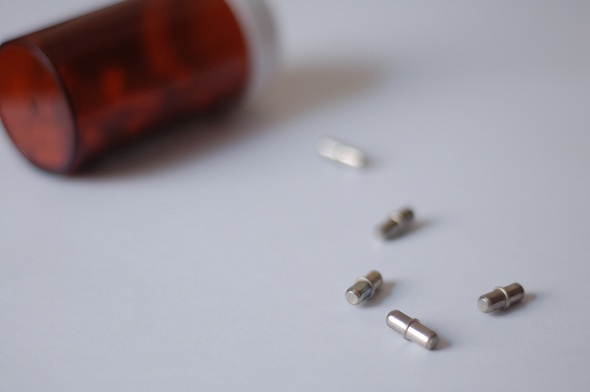 The capsule developed by Google[x] is filled with magnetized nanoparticles that are programmed to enter the bloodstream and spot cancerous cell in beginning stages.

Innovations pay off when they make life more apt for people around us in cogent ways. Google[x] innovation lab, devout to finding prodigious solutions to global problems is in the news yet again for a startling disclosure. The semi-secret facility behind innovations such as self-driving cars, stratospheric internet balloons, flying drones, Google Glass, and seamless modular display is now developing a pill that could give off biochemical signals when the person contracts a life threatening disease.

Google’s head of life sciences and molecular biologist, Dr. Andrew Conrad, at the WSJDLive Conference in Laguna Beach, Calif., disclosed that the clandestine Google[x] lab has been developing a pill that could sniff out cancer and other malignant diseases within the human body.

The pill is third in line of health and biotechnology initiatives taken by Google[x] lab, following 1.) A smart contact lens to assist diabetics in monitoring their glucose levels, and 2.) Eating utensils designed to improve the quality of life of people affected by neurodegenerative tremors.

The capsule is filled with minuscule iron-oxide nanoparticles that are programmed to enter the bloodstream and spot cancerous cell in beginning stages. A wearable device worn on the wrist that couples with this nanotechnology, then summons the magnetized nanoparticles to come back and determine cancer or any other potentially life threatening disease.

The project is known as Nanoparticle Platform, and involves creation of magnetic nanoparticles that are thousandth the width of RBC and are coated with antibodies that can beam with molecules, proteins and abnormal cells within the body.

So far, the ambitious project is in exploratory stages and at least four to five years away from being approved for use by medical experts since it requires a much higher regulatory bar compared to conventional diagnostic tools.

“Every test you ever go to the doctor for will be done through this system. That’s our dream.”

The U.S. government has invested more than $20 million in nanotechnology research in past ten years. The monitoring pill by Google is more likely to raise eyebrows by critics who fear the company’s Big Brother like approach to track users and handing over the information to the U.S. government.

“We are the inventors of the technology but we have no intentions of commercialising it or monetising it in that way,” Conrad stated. He further mentioned that Google will not collect or store any individual medical data, but will instead license the technology to those who can handle the data and its security.

Up to this point, 100 Google employees with prowess in various fields such as astrophysics, chemistry, electrical engineering, biotechnology have been a part of the pioneering nanotechnology project to develop new diagnostic tools for physicians.

Google is keen on improving transforming the detection, prevention and management of disease into a much easier way using smart devices.

Anna Domanska
Anna Domanska is an Industry Leaders Magazine author possessing wide-range of knowledge for Business News. She is an avid reader and writer of Business and CEO Magazines and a rigorous follower of Business Leaders.
« Taiwan’s XYZprinting launches all-in-one 3D printer and scanner for just $799
Microsoft launches a new multi-platform fitness band for $199 »
Leave a Comment
Close