The search giant is planning to expand Stadia's library while shutting down in-house game development.

If rumors are to be believed, Google will soon add six more games to Stadia.

Launched in 2019, Stadia is the cloud gaming service operated by Google. Since it is cloud-based, players do not need any special hardware. They just need to have Chromium support or a dedicated application to log in and start gaming. According to Google’s Vice President Phil Harrison, the word ‘Stadia’ comes from the Latin plural of ‘stadium’, as this application is a collection of games and meant for players to kick back and enjoy.

In 2021, Google delivered around 107 games to Stadia, and announced that the company will add more in due time.

Within the first two months of the new year, Google has already added 12 games to its lineup. Last week, the tech giant revealed that they will be adding three more games to Stadia. 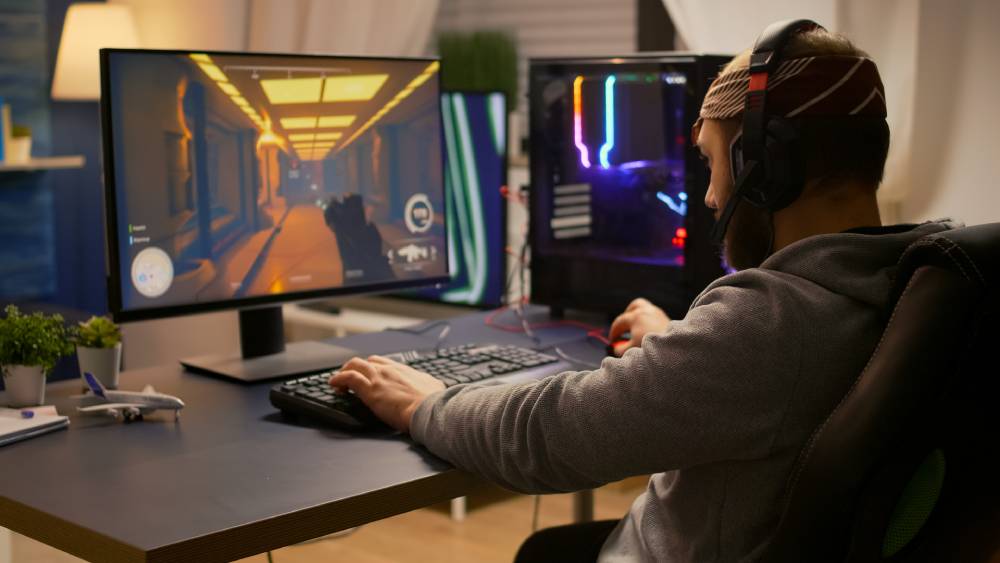 Stadia is set to expand its library with over 100 games this year.

Cities: Skylines is scheduled to arrive on Stadia sometime this spring. A city-building game published by Paradox Interactive, it was first released in 2015. Players can engage in planning, infrastructure development, taxation, and public services. It is a favorite amongst PC gamers, and continues to receive relevant updates which has helped maintain its popularity.

Another eagerly-awaited game is Overcooked! All You Can Eat in which players must collaborate to put up as many dishes as they can before a timer goes off. Team17 first released the game in November 2020 on PlayStation 4, PlayStation 5, Xbox Series X and Series S, Xbox One, Microsoft Windows, and the Nintendo Switch. The game is set to arrive by April.

The tech giant also confirmed that Mad Streets too will be added to the lineup. Published by Craftshop Arts Inc., Mad Streets is hilarious, action-packed, and can be played through a multitude of modes — local and online. The game is physics-based, and the punches are both comical and stinging.

On the other hand, Trivial Pursuit: Live! Is scheduled to arrive in March. A fun, fast-paced trivia game with different rounds and question formats, it keeps the players on their toes while refreshing their general knowledge.

There has been substantial speculation over Assassin’s Creed Valhalla Discovery Tour: Viking Age. Although no official confirmation has been received, this game is set in the ninth century and enchants the players with its immersive approach. The Vikings and the Anglo-Saxons come alive as the game was developed in collaboration with the museums of England, Denmark, and France. Ubisoft had earlier revealed that it will release in early 2022 for Stadia and Amazon Luna.

Also, Ubisoft informed netizens that multiplayer party game Oddballers, a local and online party game,  which was scheduled to be released on multiple platforms, including Stadia, has been postponed.

The California-based company is also allowing Stadia players to join multiplayer games without an invite. This is a common feature in most gaming consoles and PCs, but Google launched it on Stadia after a gap of nearly two years.

Stadia offers two types of service- free and paid. The free service allows users to stream games up to 1080 p while the paid service, called Stadia Pro, which costs around $10 per month allows streaming up to 4K resolutions. The subscription model also provides gamers access to a plethora of free games and sometimes offers discounts on new ones.

On Twitter, Google informed the gaming community that they are working on adding new features but did not mention a timeline.

Furthermore, Google recently revealed that it will be shutting down its in-house game development division, as third-party developers and publishers have adopted its technology to create superior games. In February 2022, Business Insider reported that the search giant will shift Stadia’s focus to playable experiences and online demos.

Christy Gren
Christy Gren is an Industry Specialist Reporter at Industry Leaders Magazine she enjoys writing about Unicorns, Silicon Valley, Startups, Business Leaders and Innovators. Her articles provide an insight about the Power Players in the field of Technology, Auto, Manufacturing, and F&B.
« The Unbelievable Success Story of Tesla
Jack Dorsey’s Block to Implement Fingerprint Authentication for Bitcoin »
Leave a Comment
Close