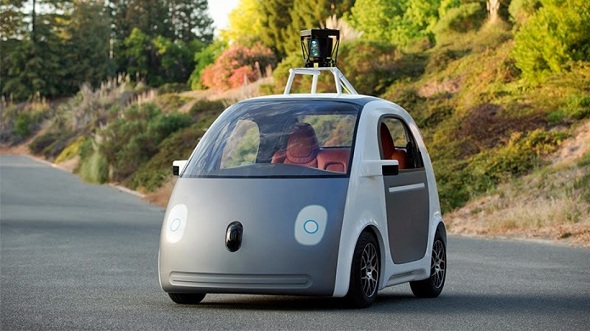 According to MIT Technology Review report the self-driving car depends so heavily on maps and detailed data that this car cannot drive itself in 99 percent of the country.

Although Google’s self-driving cars have successfully driven more than 700,000 miles, mistakes on maps or in a complex situation like at an unmapped four-way stop can pose a huge problem. According to MIT Technology Review report the self-driving car depends so heavily on maps and detailed data that this car cannot drive itself in 99 percent of the country.

The search giant has been boasting about its new offing, which planted a lot of hopes among both the car lovers as well as those who need them in real terms, like physically handicapped people and elderly.

According to the review team, so far the self-driving cars have driven depending on the maps that were fed into its command systems by the search engine. However, if any problem is encountered with the maps and it gives wrong information about the destination or if a self-driving car comes across a new traffic light that wasn’t accounted for on a map, that car could possibly run the red light if there are no vehicles or pedestrians around. This could be potentially dangerous and also result in penalty and traffic citations for the owner of the car.

Such situations can become a major issue as far as safety is concerned, according to the review team.

Currently, Google maps have only been designed to operate a few thousand miles of the roadway. In order to make autonomous cars safe enough for everyday use, Google will have to maintain and update millions of miles of roads across the nation.

Reacting to the concerns of the MIT researchers, Chris Urmson, director of Google’s car team said that the company is currently addressing the issue but didn’t reveal on how they will tackle the issue and what’s the progress.

Autonomous cars have big advantages. Google believes driverless cars could prevent accidents considerably and eventually cut the number of road deaths in half. Even the drunk and driving cases could also be checked with the help of these unmanned vehicles. It will also provide potentially flexible travel choices for the elderly, physically handicapped and also to the visually impaired people. However, there’s no telling how long it will take for the technology to become safe enough to be used in our everyday lives.