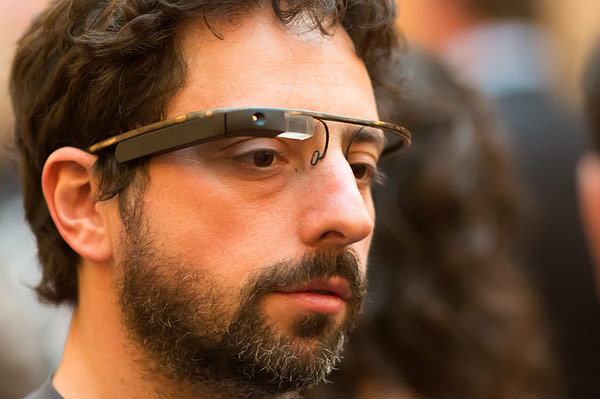 Back in the year of 2009, Pranav Mistry, then 29 years old and a PHD student of Fluid Interfaces at MIT´s Media Lab, was talking about Sixth Sense technology. Not only did he talk about the sixth sense technology, but also designed and tested different devices integrating the digital into the physical for 8 years.

“We are looking at an era where computing will merge with the physical world,” said Pranav Mistry at TED India 2009 convention. And the eco of his statement now reverberates in the form of Google’s latest project, Project Glass, made public on April 4th of this year.

Imagine a world of information popping in front of your eyes with a simple voice command. That is what we see in the teaser video of Google’s Glass Project.  It would be a normal day in a normal man’s life, with the only difference, that this man only has to speak to the device on his head for obtaining answers to simple questions. From locations to daily plans and photographs to video chats, the act of holding a device to store data seems like a stone-age reality in comparison to the previous example.  And this is exactly what Google aims at.

What is cooking inside Google X Labs?

A team of engineers at Google X Labs is working on an Augmented Reality prototype. This kind of technology seeks to create an interactive experience between the user and the digital tool through the enhancement of the senses in a real scenario; which is done by super-imposing all sensory enhancements, such as graphics and audio, into the real world.  What used to be in your computer screen is transferred to your vision field. However, Google’s prototype, as amazing as it may seem, is still at a very early stage and far from the promotional video.

The basic concept could be best defined by the term ‘smart goggle’. The device will be composed of Android technology equipped with a camera and a microphone. But that’s not all. Other perks of the gadget will be motion sensors, GPS and voice input and output .In a way, more than a device and if taken into completion, it is considered to be a groundbreaking milestone in the history of technology, specially, because of the effect it will have on people’s lives and the way it might change human perception and behavior.

Many specialists in the Augmented Reality field have quizzical feeling about the plausibility of such a device. Their first concern: the size of the screen. For Mistry, this is the substantial impediment to achieving the results shown in Google’s add.  On a very radical note, Blair MacIntyre, director of the Augmented Environments Lab at Georgia Tech, catalogs Google’s project video as fake and a creator of high expectations.

“The small field of view, and placement off to the side, would result in an experience where the content is rarely on the display and hard to discover and interact with. But it’s a fine size and structure for a small head-up display,” said Blair MacIntyre to a tech magazine.

Although the date for the release of the debated goggles has not been set yet,, the bar has already been set high by Google. Tentative dates go from the end of this year to the beginning of 2013. However, the buzz is growing and revolving around the revolutionary gadget. Whether in negative or positive ways, the tech giant has managed to once again keep everybody talking.

Anna Domanska
Anna Domanska is an Industry Leaders Magazine author possessing wide-range of knowledge for Business News. She is an avid reader and writer of Business and CEO Magazines and a rigorous follower of Business Leaders.
« Pharmaceutical company buys Westminster-based Allos
Japan will Restart First Reactors since Fukushima »
Leave a Comment
Close