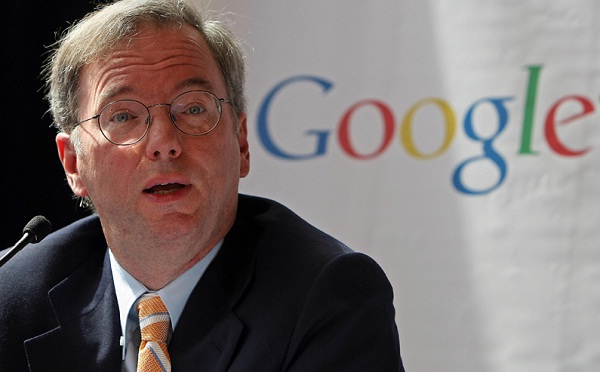 Defending Google Inc.’s tax-paying efforts, the executive chairman Eric Schmidt has expressed that he is dazed by the ongoing debate. He has underlined that Google Inc. is willing to pay more tax according to UK tax laws. He has expressed that Google Inc. has continued to respect the laws of the country in which the company operates and at the same time respected the “a fiduciary responsibility to our shareholders.” Despite the company’s commitment to the shareholders, Google Inc. is always willing to pay more as “paying tax is not a debate. You pay the taxes.”

Eric Schmidt has in the past few weeks been in discussions with the UK tax officials on the low taxes filed by the giant technology company despite posting substantial profits. This has brought public criticism and Google Inc.’s executive chairman has risen to the challenge while clarifying all tax nuances.

The current dispute between Google Inc. and UK tax departments arose following frank opinions by senior politicians post a Public Accounts Committee examination.  The committee found that though Google Inc. showed sales of £3.2 billion, the company had accounted it in the tier of low-tax and paid just £3.4 million as tax payments.

Eric Schmidt is strongly convinced that if Britain wanted to collect more tax, then the government would have to make changes to UK tax laws and do the needful. Defending the Google Inc.’s stance, the executive chairman has reiterated the legal position of his company with relation to payment of taxes.

In fact, the political big brass in UK has been beating drums on Google Inc.’s alleged low-tax repayments on all platforms possible. The most recent has been at Google Inc.’s ‘Big Tent’ event. This time around it was Labour leader Ed Miliband who attempted to show up the company in poor light, underlining: “When Google goes to extraordinary lengths to avoid paying its taxes, I say it’s wrong. And it’s not just me that says it, it’s Google’s founding principles, and it’s crystal clear from them.”

Not surprisingly, Eric Schmidt, however, has been very clear in establishing the policy his company, which operates under US laws, follows with regards to payment of taxes. He has repeatedly reiterated that Google Inc. cannot arbitrarily start paying more tax in a particular country with it being endorsed by the country’s tax laws. He therefore commented that it was up to the democratic process of the UK and its policy makers to decide on UK tax laws and the repayment companies such as his have to make.

UK politicians have been quick to gain political mileage on the issue of giant technology companies, maneuvering financial operations to exploit least-tax payment countries. Google Inc., Amazon Inc. and other cyberspace giants are currently under the cloud for paying less in the countries where they enjoy popularity and consumer base.

Jay Raol
« Facebook Phone flops in US, will not debut in UK
Annihilation of UK High Street nears as one in five stores to close »
Leave a Comment
Close