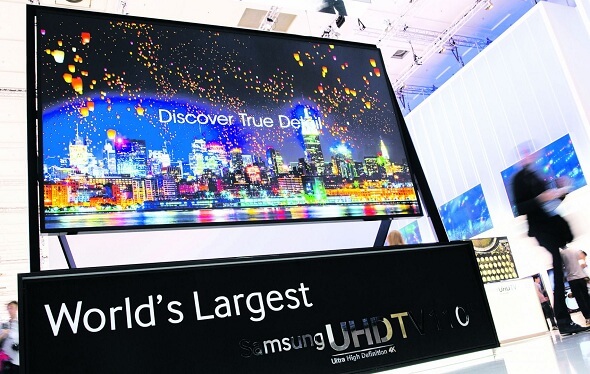 The clandestine Google X Lab, famed for its projects such as self-driving cars, stratospheric internet balloons, Google Glass, is now developing a display made out of smaller screens that plug together like blocks of Legos to create a seamless display, sources revealed.

According to three people familiar with the project, the screen could be made into diverse sizes and shapes with the modular pieces.

The project is led by Mary Lou Jepsen, a former Massachusetts Institute of Technology professor, who co-founded the ambitiously unsuccessful project called ‘One Laptop Per Child’ project, to provide cheap laptops to millions of kids in third world countries. Jepsen’s team consists of veteran engineers from Samsung Electronics Co. and Qualcomm Inc., in addition to a few other companies.

Currently, not much has been revealed about the ambitious project, including the sizes of modules, the size of the giant display or why Google is backing this particular project. The project is in early stages and much of it has been kept a secret, due to several technical challenges faced by the team, sources added.

“The big challenge is to electronically, and through software, do the stitching between the seams,” another person familiar said. The team is facing a much bigger challenge of making the display modules seamless, so that the viewers looking at the giant TV are not distracted by the borders between those modules. Presently, Google is recruiting a large number of display experts to work on those issues, the individual familiar with the matter revealed.

Microsoft is also reported to be working on large display technology since it acquired Perceptive Pixel in 2012. The software startup founded by Jeff Han, has made touch screen frameworks larger than 80 inches for a long time. During the 2012 Microsoft Developer Conference, Han predicted that giant TV display will someday be ubiquitous in meeting rooms, classrooms and conference rooms.

Riddhi Patel, research executive at NPD DisplaySearch says that such giant displays can be used to watch television, movies, browse the Internet or even read email. TV screens today are around 110 inches diagonally and marginally more than nine feet. A Samsung TV that measure 105 inches is sold on Amazon for $120,000.

Patel doesn’t see a need for such gigantic display screens in homes. Long before consumers embrace such innovation, she said, manufacturers will have to make such screen a lot easier to install and use and perhaps a little cheaper.

Christy Gren
Christy Gren is an Industry Specialist Reporter at Industry Leaders Magazine she enjoys writing about Unicorns, Silicon Valley, Startups, Business Leaders and Innovators. Her articles provide an insight about the Power Players in the field of Technology, Auto, Manufacturing, and F&B.
« The Bitter Battle between Utilities and Solar around the Globe
Hewlett-Packard Planning to Split into Two Companies: Report »
Leave a Comment
Close