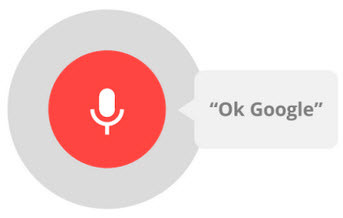 With voice control becoming more and more common, Google too has rolled out a big upgrade for its voice search, enabling it to understand and answer even complex questions.

According to the company, Google voice search app has gotten better about understanding the core meaning and intent of the questions as it can now handle superlatives (tallest, largest, etc.) combined with the ordered items.

Though Google voice search has been in the game for some time, the recent developments skyrocket the Mountain View tech firm to the top of the virtual voice assistant competition, gaining the upper hand over Apple Siri and Microsoft Cortana.

The search giant started its Google voice search in 2008 and advanced its capabilities with the Knowledge Graph in 2012. It started with answering simple queries, offering information about single entities, such as a famous person, a well-known event and many others.

Based on its track record, Google voice search has now evolved even further. Instead of just doing simple searches based on keywords, it has done a pretty good job of recognizing and understanding questions as well as answering them accurately. With the latest update, voice search will actually understand the meaning behind the inquiries too, including better comprehension of superlatives, questions about particular points in time and complex combinations.

With superlative recognition, Google is now able to answer questions about the large animals, the tallest building, and the heaviest vehicle, to name a few samples, in an arranged manner. The announcement also says that Google is getting better at understanding questions that involve dates, but it is the support for what Google refers to as complex combinations that holds the most possibilities.

In terms of advancements, Microsoft’s Cortana and Google Search lead the pack. Also, both are available for multiple platforms: Chrome, Windows, Mac, iOS, and Android, for example. On the other hand Siri is not just limited to, Apple devices, but it’s also more limited in terms of functionality.