Search Giant, Google announced on Tuesday at the infamous Code Conference, that it has developed prototype self-driving cars and plans to roll out vehicles by the end of this year. While the earlier self-driving technology was featured in existing vehicles like Toyota and Lexus, the new version, is a completely new design that fits two people, and is driven using algorithms that work around on-board computers and sensors.

“You’re going to start to see these driving around and we want to explain what it is,” said Google co-founder, Sergey Brin, in an interview at the Code Conference. “The reason I’m super excited about these prototypes is the ability to change the world and the community around you.” 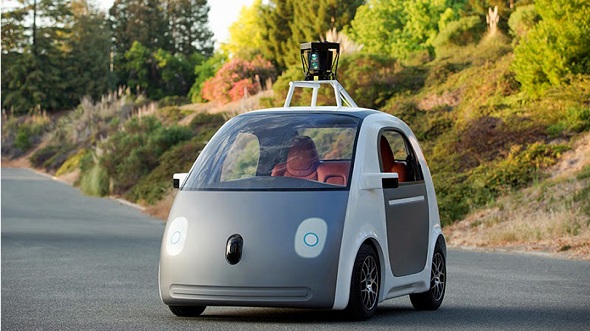 The car won’t have steering wheel or pedals – brakes and accelerator. A video of the self-driving car at the Code Conference was shown along with Kara Swisher and Recode’s Liz Gannes. The prototype doesn’t have a name yet. Okay, and does it crash?

“We have not had any crashes. We test these things very carefully.”

Brain said, the electric self-driving cars are one of the right projects being developed by Google [X], the company’s skunkworks group, an experimental Technologies division, that is working on technologies like space elevators and AI Robots, Google Glass and ‘Project Loon’ balloon-powered internet services.

Brin said that autonomous vehicle could serve as a public transit vehicle ordered with the help of an app, which is currently in very early stages of R&D.

“We’re really excited about this vehicle – it’s something that will allow us to really push the capabilities of self driving technology, and understand the limitations,” said Chris Urmson, Director of Google’s self-driving project. He further added that the cars have the ability to “improve people’s lives by transforming mobility”.

Around 100-200 prototypes were made, detailing the construction of the car, Brin said that it involves a lot of foam, off-the-shelf car parts, and mainly built in ‘Detroit, Germany and California’. The car’s top speed is 40 kilometers per hour. 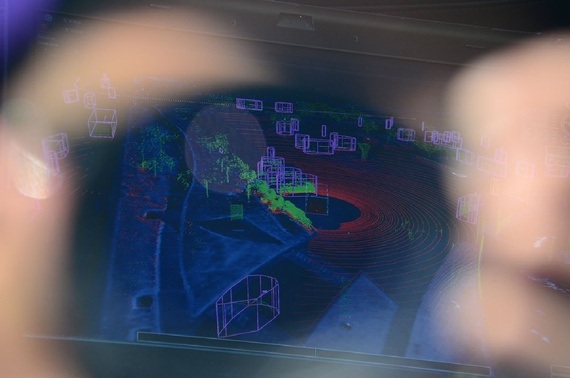 Google has created a virtual track of Mountain View, California where their engineers have driven the electric car. This implies that you cannot take the car anywhere else like Texas or Orlando unless its software has pre-loaded data for the route – a virtual track of the city. Google will run a pilot program over the new few years.

Researchers in this field have already started investigating the possible downsides of the self-driving cars. According to some, the cars could make traffic and urban collapse worse.

So we know that this little joyride hasn’t had any crashes yet. But this leaves a big question – Who is liable ‘in case’ an accident occurs? Google? The Algorithm? or the Occupant? Who should pay the ticket, in case the car gets pulled over? Google? Or The Occupant?