Google Chrome beefs up security from unwanted softwares, to warn users against visiting such sites 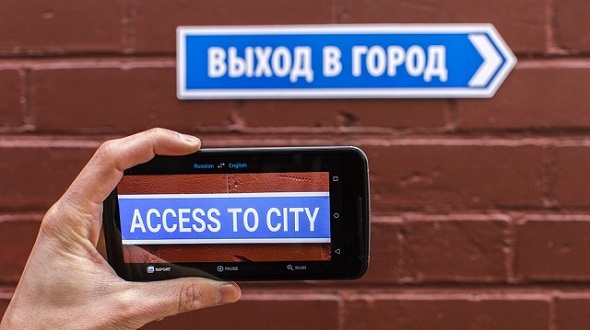 As soon as the translator recognizes the other language, it will display the translated text on the screen.

Google has announced a significant upgrade to its Translate application. On Wednesday, the search giant released the new update for Android and iOS users. The latest version of Google Translate offers two main features — the ability to interpret and instantly converse with someone speaking in a different language and the capability to translate text such as a menu or street signs and other images into native language without the need for a data connection.

The first part of the upgrade is a voice translator that will instantly identify the spoken language and will present it in the form of text. It can also work like a user friendly interpreter; users can make use of a microphone to record the foreign language. As soon as the translator recognizes the other language, it will display the translated text on the screen.

Google Translate has had voice controls since a few years but the latest version works much better, though it isn’t quite as natural or seamless as science fiction just yet. In trials, it worked best with short, argot-free sentences and required a pause between translations. But it’s undoubtedly a step forward, taking one more brick out of the language barrier. After all, even a personal translator would need a few seconds.

The second tool is a visual translator which can translate signs and text in few seconds. People are only required to place signs or other text in a phone’s viewfinder and then receive an instantaneous translation of the text on the screen. The visual scanner technology comes from Word Lens, an app created by Quest Visual. Google took over the firm in May, with the purpose of putting the technology into its own Translate app.

The California-based Internet giant is hoping that the translation technology will make it easier for people to understand each other during their travels. Microsoft recently released its own translation tool for Skype which allows for simultaneous translation of conversations between people speaking different languages.

Since 2001, Google has been doing some form of translation. The Google Translate app currently has around 90 languages and some 500 million monthly users. Product leader for Google Translate, Barak Turovsky said that the app has been handing out about one billion translations a day and that 95 percent of the users who use Google’s translation technology, whether on a desktop or phone live outside the United States.