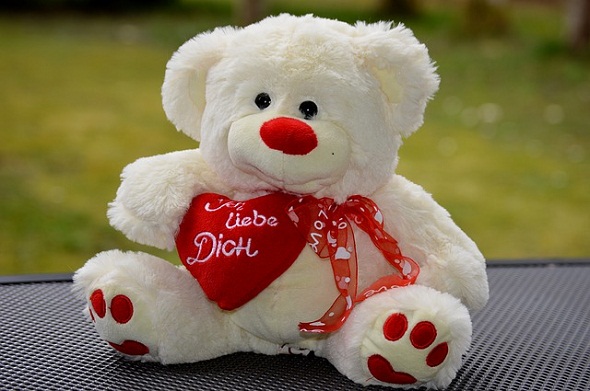 Google’s patent suggests that the smart device could respond by speaking back as well as expressing human-like expressions.

Google is hoping to break into the toy industry with stuffed animal toys that can control other Wi-Fi connected devices. Google has filed a patent for creating teddy bears that could turn into a remote control.

Google’s new smart tech innovation would suggest of developing smart internet connected toys that could listen to instructions, and follow commands from the owners to do task around their house. For an instance, a toy can turn off and on lights, switch on TV cables, and gaze around the user as soon as it listens to sound or feels vibration in its surroundings.

The director of rapid evaluation and mad science at Google X Lab, Richard Wayne DeVaul -Google patent’s inventor stated that internet connected toys (teddy bears) would come up with inbuilt sensors such as microphones, speakers, cameras, and motors, as well as Wi-Fi connected to the Internet. The toy would have a “triggered word” that would cause to wake up, turn around, and gaze when it is being addressed by a person, and can also have an eye contact when a person is talking.

Google’s patent suggests that the smart device could respond by speaking back as well as expressing human-like expressions of interest -surprise, and boredom. DeVaul stated that for the toy to express human like expressions, an anthropomorphic device may open his eyes, lift its head, and can gaze on the user. To express curiosity, this smart toy could tilt its head, scratches it with an arm, and can furrow its eyebrows.

The patent stated that the stuffed toys can be used to control a wide range of devices, from DVD players, televisions to home thermostats. The stuffed animal toy connected with the internet connections, could listen in to audio devices, and record conversations that have triggered privacy concerns.

Director of Big Brother Watch, Emma Carr said that the stuffed smart devices are aimed specifically at children then for many, it may sounds like a creepy one, but they didn’t have to worry when they are playing with the toy in private.

The company stated in an email to CNNMoney that they hold patents on a variety of ideas that their employees would come up to spur innovations in such variety of products.

The Internet-of-Things have become the biggest buzzword for this year, and these smart toys are also added to the list. Now, it’s up to the user to determine, whether the toy is creepy, or a cool idea to play with it.

Christy Gren
Christy Gren is an Industry Specialist Reporter at Industry Leaders Magazine she enjoys writing about Unicorns, Silicon Valley, Startups, Business Leaders and Innovators. Her articles provide an insight about the Power Players in the field of Technology, Auto, Manufacturing, and F&B.
« A Hong Kong-Based Company is using People’s DNA with an intend to shame them for littering in public
Samsung Group Merges Cheil Industries with Samsung C&T »
Leave a Comment
Close

BlackRocks’ exchange-traded fund crossed $3 trillion for the first time in May, in sync with the ETF industry’s race to an all-time high of $9 trillion.
5 hours ago