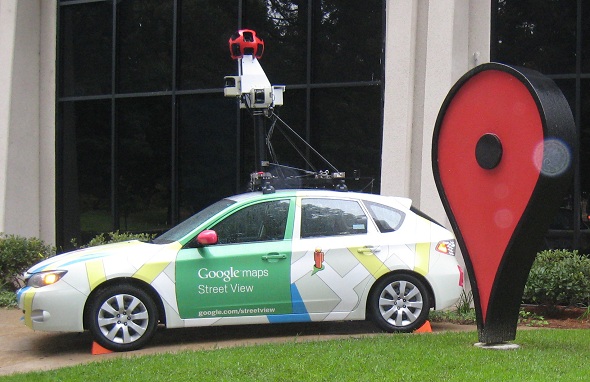 Lately Google Inc’s Street View cars have been doing much more than just capturing the world’s roads, highways and back alleys. In Boston, Staten Island, and Indianapolis, Google’s cars were equipped with air monitors to detect the thousands of natural gas leaks that are blighting major U.S. cities.

Google cars fit with methane sensors have taken millions of readings along the streets of these cities over the past two years as part of a pilot program run by the non-profit Environmental Defense Fund to gather data and reduce methane emissions. Methane is mainly a potent greenhouse gas; when it escapes into the atmosphere, it is roughly 120 times more effective at absorbing and trapping sun’s heat in the atmosphere, driving a change in the climate.

The result of the venture announced by the fund is a new website and interactive maps that reveal how common leaks are in the densely populated areas that until now have not been quantified. The maps clearly illustrate the extent of natural gas leaks from the nation’s age old pipeline infrastructure. Carrying natural gas in growing volumes across America, the traditional monitoring by utilities does not actually reveal how much gas is actually escaping. While the leaks were small which generally pose no immediate safety threat, they are increasingly becoming a climate concern as methane’s global warming impact is 20 times more than carbon dioxide.

The data, collected through air analysis systems discovered leaks in every few blocks in areas like central Boston and New York’s Staten Island that still depend on older, corroded cast iron pipelines. However, almost no leaks were detected in Indianapolis where new plastic pipes had been installed.

While Methane leaks have been discovered previously, this new method with over 15 million readings taken over thousands of miles, uncovered the amount of gas leaking in a particular area, said EDF’s chief scientist, Steven Hamburg. It could be a step to discovering total volume of methane emissions from a given city, he said. The EDF said other cities will be included in the venture, but did not elaborate.

Due to a drilling boom in the U.S. the production of natural gas is on the rise, which is mostly methane. The findings come as the Obama administration has made carbon emissions a key issue in their second term.