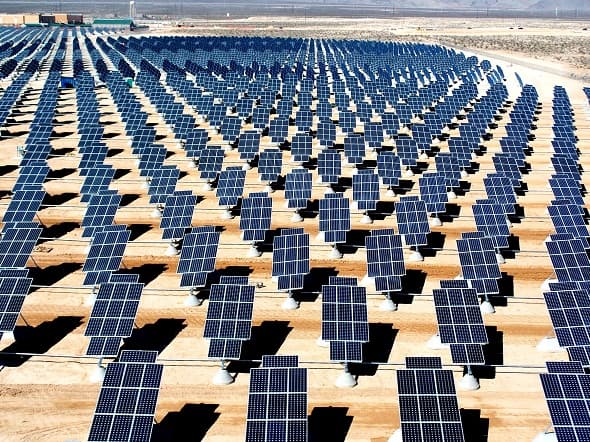 According to SolarCity, the new fund is the largest ever created for residential solar power.

Google Inc made a commitment to invest $300 million that would finance residential solar projects.

SolarCity Corp on Thursday announced in a company blog post that it has created a fund expected to finance $750 million in residential solar projects with Google Inc investing around $300 million.

SolarCity is headed by CEO Lyndon Rive, cousin to Tesla Motors’ CEO Elon Musk who also happens to be Chairman of the Board. The company is involved in the design, installation and sale or lease of solar energy systems to home owners and commercial customers.

According to SolarCity, the new fund is the largest ever created for residential solar power. This would be SolarCity’s second project with the search engine giant. In 2011, Google provided financing to provide solar power to homeowners.

Google’s $300 million stake is its biggest renewable energy investment to date. The new fund will provide for the direct cost of solar panel installations for thousands of homeowners across 14 states, according to SolarCity.

Recently, SolarCity started a strategy of selling and promoting its products in the retail environment and occupies floor space at many Home Depot locations in its key Southwest market. The company is also constructing a one million square foot production facility in Buffalo, New York that is being supported by the Research Foundation of New York with $350 million in financing.

The new funds announced will cover the costs associated with installing solar panels and other equipment. This will make it a lot easier for home owners across the U.S. to install solar panels with zero upfront cost.

According to a SolarCity blog post, once the panels are installed, the homeowners are required to pay SolarCity for the energy generated by the solar panels, or monthly rent for the panels in the case of a lease.

The company says the arrangement is similar to the kind most of us have with the local utility, except that the SolarCity’s power comes cheaper and sourced from the clean burning energy of the sun.

“In most cases it’s very similar to the arrangement you have with your local utility, which finances the construction of a centralized power plant and delivery grid and then sells the power to you,” SolarCity said its blog post.  “Only the power that SolarCity provides is cleaner, and usually cheaper, too.”

Anna Domanska
Anna Domanska is an Industry Leaders Magazine author possessing wide-range of knowledge for Business News. She is an avid reader and writer of Business and CEO Magazines and a rigorous follower of Business Leaders.
« Google Chrome beefs up security from unwanted softwares, to warn users against visiting such sites
IKEA launches a new line of furniture with integrated wireless charging for phone »
Leave a Comment
Close

The upcoming Rivian IPO shows how it’s Tesla’s biggest EV competitor in the making. We spoke to automotive industry experts to find out if Rivian Automotive’s initial public
24 hours ago