The US vehicle safety regulators have given a nod of approval to Google self-driving car by making it a certified AI driver.

Now, the autonomous car by Google is a certified AI driver under the US federal law, which is considered as a huge step towards compliance in seeking the approvals for Google self-driving car on roads. 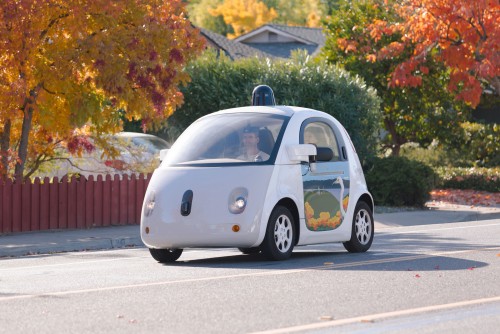 The search engine giant Google, an Alphabet unit, was informed about the decision on certification by the National Highway Traffic Safety Administration on February 4, 2016, in an unreported letter paving the path for a broader legal acceptance for Google self-driving car on the American roads, which was released on the website of agency this week.

The February 4, 2016, dated letter is in the response to Google’s request to interpret how driving regulations and federal vehicle safety regulators could affect its autonomous vehicles.

While the letter mentioned on the website is neither a recommendation nor a formal policy, the tone of the letter suggests that the company is quite open and clear about considering whether an AI system can be considered as a driver legally.

As a foundational starting point, the NHTSA will interpret Google’s AI system in its autonomous vehicle as a ‘driver’ instead of passengers, the letter mentioned.

The interpretation of Google self-driving car being a certified AI driver might have major connotations in California, where Alphabet has been conducting various tests on its autonomous car project for years.

In December 2015, though, California released rules, which calls for autonomous cars to have a certified driver (certainly ironic). Such proposals terrified the living daylights out of autonomous vehicle proponents. A number of groups from the tech industry called for the decision of driver requirement to be reconsidered, saying such decision misses the main aspect of technology.

The letter from NHTSA asked Sundar Pichai-led company to answer several questions regarding certifying the AI systems’ safety. While there are numerous official hindrances still standing on the road for Google, the door to self-driving is now open.

Major tech companies and automakers are in a race to manufacture and sell vehicles that are capable of self-driving, at least for a certain part of the time.

The participants in the race of self-driving vehicles complain that federal and state safety rules are obstructing testing and deployment of autonomous vehicles.

For instance, California has already proposed a draft that compulsorily requires licensed driver and a steering wheel in autonomous cars.

On the matter of Google self-driving car passing the ‘driver’ regulation, Karl Brauer, Senior analyst, Kelly Blue Book said, “NHTSA is prepared to name artificial intelligence as a viable alternative to human-controlled vehicles; it could substantially streamline the process of putting autonomous vehicles on the road.”

The NHTSA, though, was informed by Google that paradoxically, human controls could be a matter of danger if the vehicle occupants try to override the driving decisions and judgments of the autonomous car.