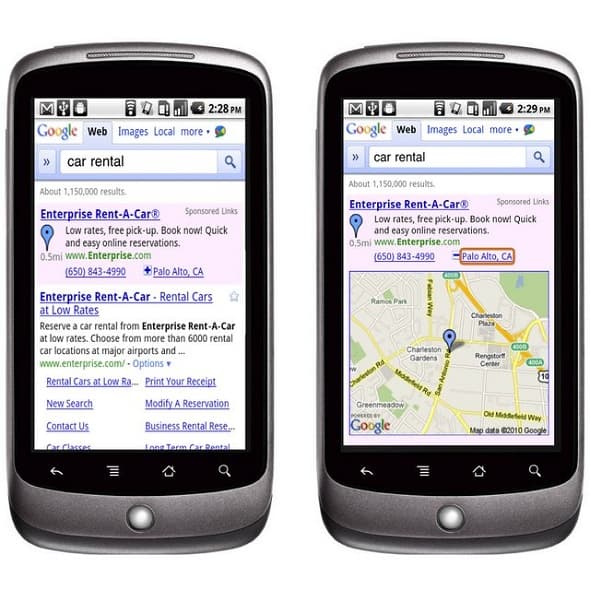 Google will also release tools that can convert existing ads on desktops into variants that will work across different screens and devices.

In an effort to further bolster the popularity of mobile browsing, internet giant Google announced on Monday a series of display ad formats and tools for advertisers to use across its AdMob network, Google Display Network and DoubleClick services.

The tools and mobile display ad formats are scheduled to launch in the coming months, providing brand marketers and agencies the ability to develop ads that work across screens. They will range from still images to 360-degree videos that float on the bottom of the screen.

The mobile lightbox Engagement Ads allows brand marketers and agencies to develop the ads for mobile, and the auto-resizer will automatically create new sizes for every screen. Marketers can also use existing ads to be turned into engagement ads in HTML5 that run across devices and screens. Advertisers pay when users engage with the ads to expand them.

According to eMarketer estimates, in comparison to 2012 Google’s worldwide net mobile ad revenue nearly doubled in 2013. In 2013, worldwide mobile advertising revenue hit $17.71 billion and eMarketer expects it to reach $32.71 billion this year. Google owned nearly 14.5 percent of the U.S. mobile display ad market in 2013, compared with 35.3 percent for Facebook, per the research firm.

TrueView ads are video ads that run across gaming apps in the AdMob network. Users have the freedom to choose which ads they want to watch. Brands only pay for TrueView ads when users watch the entire video, not when they skip the ad.

Much like magazine advertisements, a mobile ad format is available on the Google Display Network and AdMob. The magazine-style text ad format gives advertisers a full-page ad display.

Google will also release tools that can convert existing ads on desktops into variants that will work across different screens and devices.GDN text ads automatically become entitled to serve in this new ad space.

Google’s Flash-to-HTML5 conversion tool will likely become one of the most used. The company has also been working on a beta version called Swiffy. Google Display Network and DoubleClick Campaign Manager will automatically launch ads in HTML5 format, so they are viewed by all mobile users, regardless of their device.