Android-powered cars, another way to track your steps 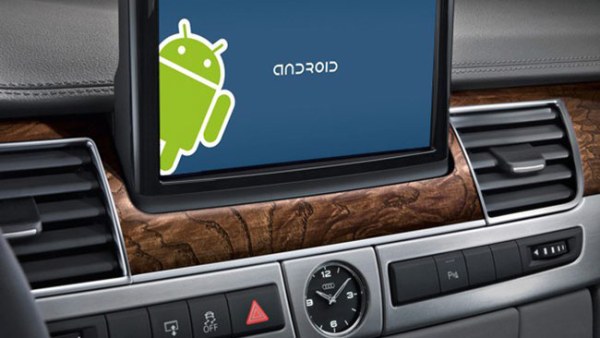 Audi and Google to partner for Android OS

As if smartphones and smartglasses were not enough, Google OS is preparing an auto alliance with different worldwide carmakers. The first android-powered cars will arrive this year.

The conception of a smartcar has being in the mind of several automobile manufacturers for years and, for instance, Audi already has integrated Google Earth into its navigation system. Therefore, the expected unification will ensure that more Google mobile technology will be incorporated in General Motors, Hyundai, Honda, and Nvidia vehicles too. The partnership, called Open Auto Alliance, will ensure that Android’s widespread use and app support will be integrated to the cars with customization and openness, according to the group’s announcement today during the opening day of the Consumer Electronic Show (CES) in Las Vegas. The group explained that the Open Auto Alliance is focused on providing a common platform that pursues innovation and will make technology in cars safer and more intuitive for everybody. “Its open development model and common platform will allow automakers to more easily bring cutting-edge technology to their drivers, and create new opportunities for developers to deliver powerful experiences for drivers and passengers in a safe and scalable way,” the cluster said.

An Android partnership with Audi was already anticipated by analysts; however, the Open Auto Alliance turned out to be notably larger with General Motors, the largest carmaker worldwide, in the list along with Hyundai and Honda. As for Audi, it already had a Google partnership itself for satellite and Street View imagery.

The introduction of Google mobile technology in automotive computing systems will help accelerate the arrival of connected cars; nevertheless, it is not clear where Android intervention will end and other vehicle electronics and platforms begin. For example, General Motors will pair the tech giant’s mobile OS with its OnStar communication technology. Furthermore, the Open Auto Alliance could contribute as well in helping Google paving its way for self-driving car technology. Even if that does not use Android technology itself, the union is a tight technology partnership for basic computing services and that will make it easier for Google to agree on further collaborations with the different carmakers.

It is worth mentioning that the prospect of a driver updating Facebook or playing games while being on the road opens a gap for new risks; which is why the allies have underscored safety in their announcement. They assured the audience that they have been in contact with government agencies, including the National Highway Traffic Safety Administration (NHTSA), and that their aim is to create an experience in which Google mobile technology helps android-powered car drivers get what they are looking for without disturbing their focus on the road.