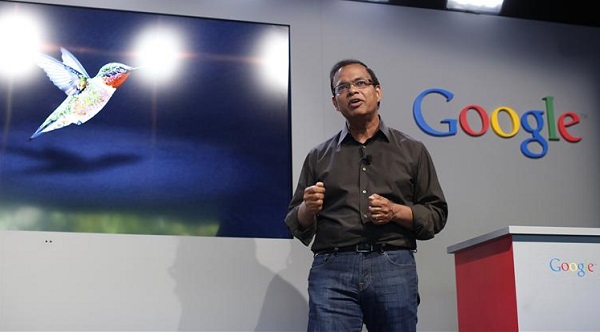 Google releases new search engine update ‘Hummingbird’ with upgraded algorithm  that provides more accurate answers to complex questions. The service has already been active for a month, however, it was only announced publically to reporters on Thursday.

“Hummingbird pays more attention to each word in the query, ensuring the whole query is taken into account — so if a resulting page is a bit less strong in general, but it’s the most relevant to your search terms, that’s the result you’ll get. And if there are plenty of relevant matches to your search terms, Hummingbird does a better job picking the strongest page for you,” he said.

Other than the Hummingbird updates, Google has also included features to its “Knowledge Graph” technology, which permits the search engine to deliver results directly on the query page.

The company has also come up with more voice features to its apps for mobile devices, so that the user can direct Google to add a reminder to his calendar even without touching the device.

Amit Singhal explained that Hummingbird is mainly aimed at giving Google’s search engine a better hold at understanding concepts instead of simply words. The change was necessary because people have become so inclined on the search Engine leader that they now routinely enter lengthy questions into the search box instead of just a few words related to a particular topic.

Just as Page and Brin set out to do when they started this search engine leader in a garage, “we want to keep getting better at helping you make the most of your life,” Singhal said.

According to the report, this big modification in the algorithm could also change the traffic status on the site and it might probably raise the price of Google ads linked to search requests if those websites whose rankings sink under the new system feel they have to buy the marketing messages to draw traffic.

Anna Domanska
Anna Domanska is an Industry Leaders Magazine author possessing wide-range of knowledge for Business News. She is an avid reader and writer of Business and CEO Magazines and a rigorous follower of Business Leaders.
« Alibaba decides to move IPO to the US
eBay to buy online payment platform Braintree »
Leave a Comment
Close