Google’s Project Loon is off to a quick start. The search giant revealed last week that one of itsWi-Fi broadcasting balloon Ibis-167 circled the globe in a record 22 days. Previously, Google had estimated a total of 33 days for Ibis-167 to successfully move around the globe. Now starting its second lap around the world, the Loon balloon marked the project’s 500,000th kilometer. 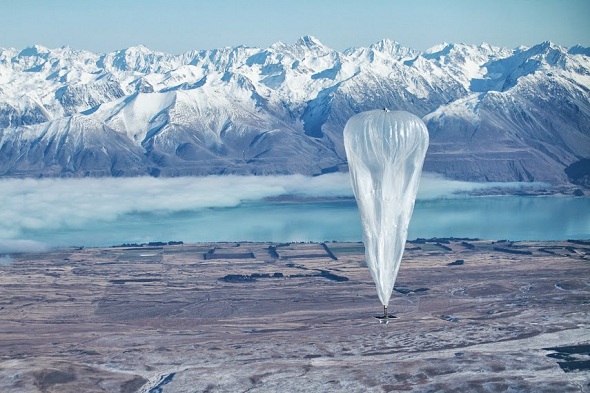 Google Loon Fun Fact: Project Loon balloons are made of a very thin plastic, about 3mil thick. We use super pressure envelopes — this means the volume of the balloon remains constant, like a mylar party balloon. This lets it float much longer than a balloon that stretches as it inflates. (Source: Google Press)

Google explained on Project Loon’s Google+ account that it enjoyed a few loop-de-loops over the Pacific Ocean before moving east on the winds towards Chile and Argentina, and then made its way back around near Australia and New Zealand, where it was actually launched. On the way, it caught a ride on the Roaring Forties-strong west-to-east winds in the southern hemisphere that act like an autobahn in the sky, where its balloons can swiftly whizz over oceans to get to where people actually need them.

Since the last few months Google’s team has been working towards making the balloons stay up and on track. Google has said it makes use of intricate algorithms to manage the balloons’ flight path even during rough winds when circling the polar area. In all the four seasons of the year, these devices have flown through wind speeds ranging from two to seventy- five knots. It was possible because Google has been gathering data determining the wind speeds and weather conditions from the balloons and has begun to improve forecast and balloon course twice as fast in advance.

Additionally, the pump that shifts air in or out of the balloon has become three times more powerful, rendering possible for the on-the ground operators to alter the heights more rapidly to quickly catch winds going in various directions. This helps Google to oversee and alter the height of the balloon, making sure they stay on the right direction as the search giant attempts to launch thousands of these Internet-transmitting balloons to the most remote regions on the planet in an effort to bring internet access to all. Also, Google has changed the balloon designs as well. The balloon designs use two diagonal solar panels to accumulate more sunlight instead of one pointed towards the sky. The more power gathered, the more the batteries get charged and the balloons last even longer.

The ultimate goal for the balloons will be to let them remain up in the air for years and make sure that each and every area has access to strong Internet. Google is also examining the possibility of installing cameras on the Loon Balloons. While there has been no timetable set for the completion of Project Loon, it was reported that prototypes could send forth 5mbps of data to a user. Perhaps, it would be great if Google would try and hit a higher number when Project Loon finally gets commercial availability.