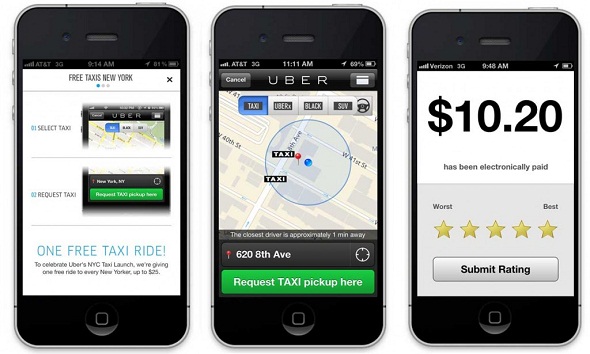 Reports claimed that the new project of Google will use the driverless cars that are currently under development.

Google is working on its own app-based ride-sharing service, putting it in direct competition with Uber. And it may be in accord with the tech giant’s heralded driverless-car program.

Google is one of the biggest investors in Uber. In 2013, Google Ventures invested $258 million in Uber and was also part of a later funding round. This is the largest outside investment made by search engine giant before it decided to invest $1 billion in Elon Musk’s SpaceX earlier this month. Uber, the mobile service that pairs customers with drivers through their smartphones will now be in competition with one of its biggest backers.

David Drummond, Google’s chief legal officer and a member of Uber’s board has reportedly informed the app-based ride service that Google is planning to launch an Uber-like service. According to reports, Uber’s board was contemplating whether to ask Drummond to resign.

On the contrary, Uber has collaborated with Carnegie Mellon University to open a Pittsburgh facility dedicated to the development of self-driving cars, a project that is considered close to Google’s future plans.

Reports claimed that the new project of Google will use the driverless cars that are currently under development. The ride-sharing service is already functional in a limited trial, being tested and used by the employees at the Mountain View firm.

Though the research center of Uber is still in the budding stage, the company has begun to hire staff for the center and made a multi-hundred-thousand dollar investment in third-party engineering workstations.

Experts maintain that the steps taken by both the companies seem logical with the two companies reportedly moving into each other’s territories: Google is working on a ride-sharing app, and Uber is developing self-driving cars.

In addition, Uber requires the services of Google Maps for routing its drivers, and the Google Maps app for iOS and Android includes Uber as a routing option for consumers. This provides Google with plenty of information about transportation and traffic data within major cities.

The search giant said that its driverless car technology is being developed at its Google X research lab and aims to deploy its cars for widespread use within two-to-five years. This could actually give a better estimate to the timetable for this ride-sharing service, though it could be launched sooner with human-driven cars if Google chooses to go that route.

Anna Domanska
Anna Domanska is an Industry Leaders Magazine author possessing wide-range of knowledge for Business News. She is an avid reader and writer of Business and CEO Magazines and a rigorous follower of Business Leaders.
« Google Earth Pro now available free for all users
Coke Debuts Fairlife ‘Premium’ Milk In The US »
Leave a Comment
Close