Wi-Fi technology has become increasingly important as a way to exchange data or connect to the internet wirelessly. It’s becoming ubiquitary as more and more businesses offer Wi-Fi connectivity to their customers and now Google may be about to sweeten its proposition with Wi-Fi. 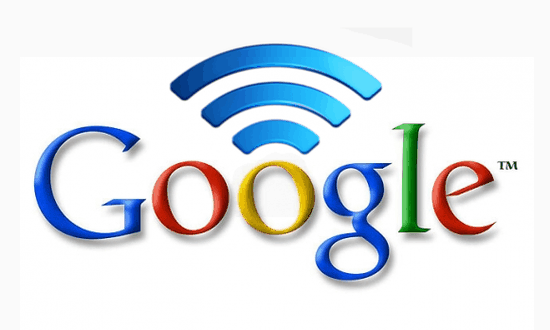 According to rumors, Google is apparently planning to offer commercial-grade Wi-Fi hardware to small and medium-sized businesses at subsidized rates and Web-based software for businesses to manage the Wi-Fi network from anywhere. This would considerably enhance the quality of the Wi-Fi experience at places like hospitals, restaurants, gyms and more. The hardware would be the only cost involved, as it would use the businesses’ existing Internet connections. It did not provide any specific pricing details. Perhaps what’s more interesting of all is that Google is reportedly planning to roll this initiative out both to the U.S. and the rest of the globe.

Google may insist on Wi-Fi users to sign in to their Google account. The plan is to offer better Wi-Fi to these businesses in order to bring in more users working on Google apps and services, which finally means more customers frequently spending time occupied with Google’s money-making products, even when they’re absent from their usual home and work Wi-Fi networks. This is the same team behind the search giants Fiber, Google’s high-speed net and TV service, which is being tested in a select few markets across the U.S.

A pivotal feature of said network is that it could recollect a user based on their Google account login, and that would automatically set them up on any other Google-controlled Wi-Fi network anywhere in the world. This so-called Hotspot 2.0 feature would help in terms of clearing up the burdensome task of signing in to other networks each time. And for Google, it means providing users with more friction-free access to their Google accounts and services, along with the obvious benefit of gaining more personal information about them and target advertising engines and products.

This isn’t the first time Google has invested real money behind its push into the small-business sector. The company introduced a program at Google I/O 2011 that offered Chromebooks and desktop base stations to small businesses at a steep discount.

Google ultimately wants connectivity all over the world because that’s the best way for it to increase its user base and showcase its products in front of as many people as possible. Last month the company announced its acquisition of Titan Aerospace, which helps with its industrious Project Loon, bringing Internet connections to remote corners of the world.

Anna Domanska
Anna Domanska is an Industry Leaders Magazine author possessing wide-range of knowledge for Business News. She is an avid reader and writer of Business and CEO Magazines and a rigorous follower of Business Leaders.
« Apple’s iWork for iCloud updated with improved collaborative capabilities, increased storage
Metaio’s ‘Thermal Touch’ for Augmented Reality set to turn the world into a giant Touchscreen »
Leave a Comment
Close