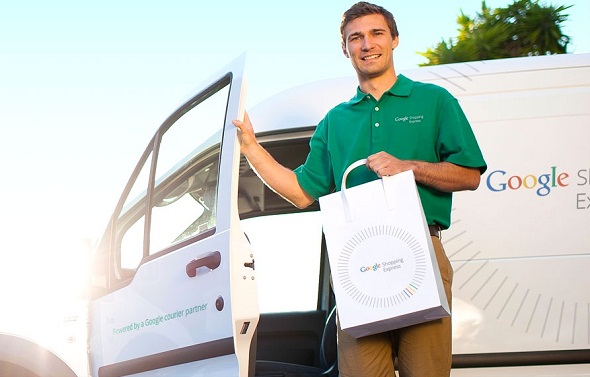 While Google does not want to become a retailer like Amazon, it does aspire to become a major marketplace. The difference is, retailers requires a major investment in inventory and a place to store it all, whereas being a marketplace will only enable the sale of goods and services.

Google is apparently planning to enter into the e-commerce segment through a different route though. The search giant is considering creating a “buy” button, similar concept to Amazon’s one-click purchasing, to enable shoppers search for products and purchase them direct from the search results page.

Merchants would still manage all of the logistics of selling and shipping, but the buy button is to keep users on their pages longer rather than leading them directly to merchants’ sites to buy a product. The buy button would allow users to get that product and continue searching for other products without having to leave Google.

According to people familiar with the matter, the discussions are still in the early stages and Google might not go ahead with either plan. Most retailers Google approached were ok with the “buy” button because they fear price competition in an online bazaar and don’t want to lose control over the image they present to shoppers.

A Google spokeswoman said “we continuously explore and test many ideas for improving the experience for consumers. We don’t have anything to announce.”

Google faces steeper competition from sites like Amazon in particular and also sites like Pinterest, eBay that users increasingly turn to for commerce search. The move could make Google Shopping even more competitive against these sites. A buy button would let customers to fill in their shipping and credit card information once, and check-out without ever having to leave Google.

Through product listing ads, retailers are currently paying Google to promote their products within its search engine. Though Google does not earn revenue from product searches, former employees say it is the company’s most thriving ad division.

Besides the work done on the advertising front, the search giant has also shown its interest in creating a speedy delivery network. Google recently announced its same-day delivery program, which works with retailers such as Nine West, Vitamin Shoppe, Barnes & Noble, PetSmart, reaches more than 7 million people in nearly six markets.