Google announced that it has started encrypting Web searches for people in China, to evade online censorship by China’s Great Firewall and other snooping agencies. The search engine says it is now routinely encrypting web searches around the world. As a result, China’s website censoring system will no longer be able to detect or block certain websites and search terms when users search for information on banned or politically sensitive content. 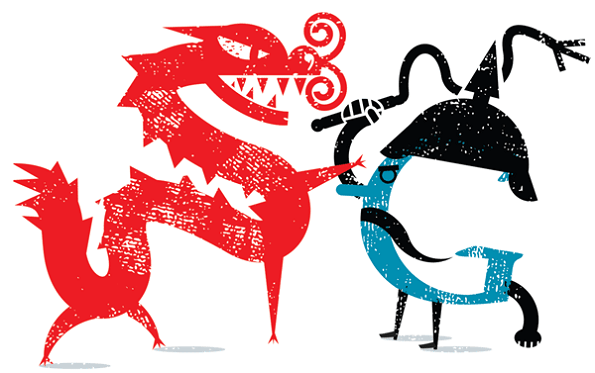 Currently Google is losing out on nearly 400 Million online users in China, which basically is world’s largest Internet market.

The company stated that the move is part of its global expansion of privacy technology designed to protect its users from surveillance by government intelligence agencies, law enforcement, and even hackers who can view e-mails, search queries and users’ other Internet activity.

China’s infamous internet censorship system, referred to as to the Great Firewall, censors searches for information it deemed politically sensitive. Google’s move is also seen as a reaction to continuing revelations by former NSA contractor turned whistleblower Edward Snowden about the extent of surveillance of web browsing habits by the National Security Agency (NSA). Snowden, in his speech at the SXSW conference in Austin encouraged tech companies to offer end-to-end encryption to protect users from government surveillance.

Google’s worldwide encryption rollout will thwart many countries’ ability, such as Saudi Arabia and Vietnam, in identifying which people are looking for information on banned or sensitive subjects. The only option is to let all content flow through or block Google’s search services entirely.

Worldwide encryption automatically inserts https in the website link, restricting anyone from viewing the content on that page while just the domain name in the browser will be visible. The global encryption could also protect users from NSA snooping.

Chinese authorities have not responded to Google’s decision to encrypt searches but the new plan will likely re-ignite animosities between China and Google. In 2010 Google largely reduced its presence in the Chinese market choosing to shift operations to Hong Kong after refusing Chinese authorities over demands to censor searches or redirect people to government-approved sites.

Google has a very small market share in China than anywhere else in the world but still is widely used by international firms and some others, which means there could be economic consequences to an outright block. A minuscule 1.4 percent Of Chinese use Google search engine as most of them tend to use home-grown Baidu search engine that does comply with official censorship requests.

Anna Domanska
Anna Domanska is an Industry Leaders Magazine author possessing wide-range of knowledge for Business News. She is an avid reader and writer of Business and CEO Magazines and a rigorous follower of Business Leaders.
« Intel MXC Cables to Offer Data Transfer at 800Gbps to Cloud Data Centers
Microsoft Office for iPad tipped for unveiling on Mar. 27 »
Leave a Comment
Close

The Costco umbrella recall was jointly issued by the CPSC, Health Canada, SunVilla, and Costco. The CPSC has urged customers to remove the solar panel puck from the top of the umbr
13 hours ago

In early 2022, Volvo signed the Drive to Zero pledge, reiterating its commitment to provide zero-emission commercial vehicles. Volvo is one of the largest manufacturers of cars, tr
17 hours ago