After months of waiting and anticipation, the world`s No.1 Internet search engine Google is finally entering the nascent market for wearable devices. On Tuesday the company unveiled an initiative called Android Wear, bringing its Android operating system to smartwatches. The first Android powered smartwatches are slated to go on sale sometime later this year. 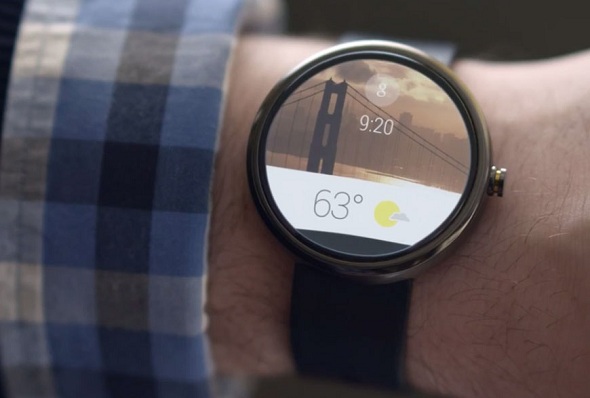 Google has unveiled an initiative called Android Wear, bringing its Android operating system to smartwatches. The first Android powered smartwatches are slated to go on sale sometime later this year.

Google is opening the doors for all sorts of high-tech wearable gadgets for consumers but will start with smartwatches first. The smartwatch market for is gaining strength and the clock is ticking for all competitors. Google said it was partnering with a host of consumer electronics and technology companies, including Asus, HTC, LG, Motorola, Samsung, and even traditional watch-makers like Fossil Group to develop the new line of watches.

The recent announcement underscores the increasing competition in mobile that is fast expanding beyond smartphones and tablets. With projections of a sluggish growth in those markets, major tech companies, including Google and Apple, are now eyeing new arena. According to the market researcher Strategic Analytics, global smartwatch sales this year are expected to increase by more than 500 percent from 1.9 million units in 2013, and to expand further in the coming years.

According to the video blog released by Google, the watches look quite impressive and they come in  different shapes. While most models are rectangles and squares, one model is likely to be round.  This indicates that Google has plans to come up with more than one model simultaneously.

Unlike current smartwatches that have been mostly restricted to alerting the user of an incoming call or other alerts such as an appointment, Google’s new gadgets will do much more. Just by saying OK Google, users will be able to see the time of day, check the weather, play music, start Web searches and also make restaurant reservations. In addition to messages and social apps, there are also health and fitness monitoring capabilities, and Android Wear lets the user to control other devices such as phone or TV from the wrist.

In a blog post, Google senior vice president for Android, Chrome and apps Sundar Pichai said the Android Wear offers an array of new devices along with an expansive catalogue of apps and the new smartwatch offers much more than just telling the time.

Out every four smartphones sold worldwide, three devices use Google`s Android operating system. For now the prospects look bright for Google, only time will tell whether Google can create a compelling user experience that could actually lead us to own a smartwatch.

Anna Domanska
Anna Domanska is an Industry Leaders Magazine author possessing wide-range of knowledge for Business News. She is an avid reader and writer of Business and CEO Magazines and a rigorous follower of Business Leaders.
« iRobot’s iPad-controlled Ava 500 designed to expand the reach of video conferencing
Toyota Agrees To $1.2bn Deal To End Criminal Probe »
Leave a Comment
Close