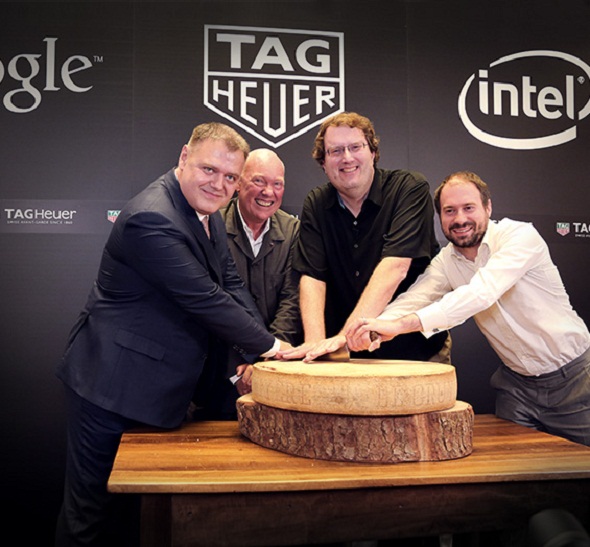 At Baselworld in Switzerland, the world’s largest luxury watch fair, luxury Swiss watchmaker Tag Heuer has announced that it will be designing a smartwatch in collaboration with U.S. tech giants Google and Intel.

The watch is to rival similar devices in the consumer wearables market. With Apple being praised for their product design, the new partnership might be able to give Apple a run for its money.

TAG Heuer’s CEO Jean-Claude Biver in an interview at Baselword revealed that it is clearly a move to take on Apple in the luxury smartwatch space. The TAG-Intel-Google watch look or feels nothing like a smartwatch, it will give the impression to the wearer that it’s a normal watch.

The announcement from the three companies was very light on details. Biver refused to provide any information about functionality, design or cost, but said on Thursday that it plans to release what would be the first Android luxury smartwatch in the fourth quarter of this year.

While it’s not clear exactly what the watch will look like, TAG Heuer stated that it plans to launch a version of its Carrera watch next autumn, a fairly bulky sports watch, offering features that include geolocation, distance, and altitude. Although the actual watch case, dial and design will be made in Switzerland, internally there will be Intel hardware and Android Wear software that provide some smartwatch functionality. Tag Heuer’s chief executive, Biver believes that the watch features a traditional look and will have all the emotion and DNA of a Tag Heuer.

While there is no information regarding the pricing of the watch, Intel said the watch will be released before the end of this year. A normal, mechanical Carrera costs upwards of $3,500.

The new TAG Heuer watch will mostly be powered by an Intel Curie module, a complete, coin-sized computer built around a 32-bit 32nm Quark SoC. The official press statement says that the watch will run Android Wear, but there is no information on functionality.

For Intel and Google, the smartwatch integration is the latest in their forays into smart fashion. Last year, Intel said it would collaborate with several consumer goods companies to develop smart wearable products, including eyewear brand Oakley, owned by Luxottica, watchmaker Fossil, and US fashion brand Opening Ceremony. Luxottica had said that it would team up with Google to create new designs of Google Glass.