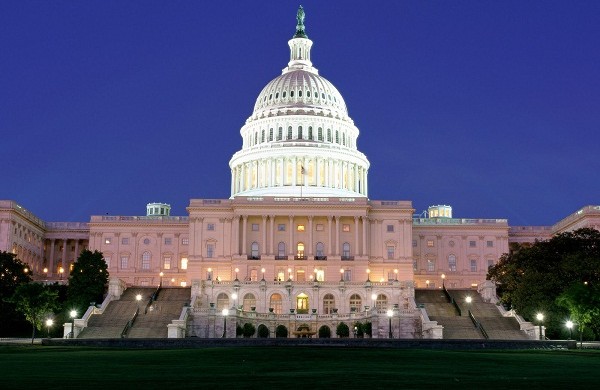 Google Inc., Amazon.com Inc., eBay Inc., Facebook Inc. and other big Internet companies are joining forces to start a trade association. The association will be acting as a influential pro-internet lobbying group in the U.S. The group is to launch in September and will be responsible for handling political and regulatory issues as well.

In pursuit of having a voice

According to President Michael Beckerman, a former advisor to the chairman of the U.S. House of Representatives’ Energy and Commerce Committee, The Internet Association, which is to start in September, will present a unified position of major Internet companies. Although Michael Beckerman did not identify members of the future lobbying group, it was confirmed by some source that the association had been created by Google, Amazon, eBay and Facebook and other Internet companies. However the full list of companies creating and joining the Internet Association would be announced in September, Michael Beckerman said.

Lobbying is one of main concerns of the Internet giants these days. Recently they have been lobbying on matters such as easing visa restrictions to employ overseas engineers, privacy, cyber-security and sales taxes. Google as well as Facebook spend a lot of money on lobbying. The lobbying industry is highly developed and accordingly it is valued at $3.3 billion. In turn, Google is said to have spent $5.4m in the first half of 2012, respectively $650,000 was spent by Facebook.

The Internet Association will have plenty things to do. It is likely that it will have to handle political and regulatory matters, which have been faced by Internet companies and have been source of inaccuracies for the last few years. Those issues include, inter alia, cyber-security and sales tax collection, copyright protection. The new lobbying group will educate lawyers about those newly emerged issues and at the same time represent companies engaged in the project. Michael Beckerman noted: “We want to educate (lawmakers) about the impact of the Internet in their congressional districts.” He also added: “In September, we’ll do a full rollout and announce companies and announce policy positions.”

The internet giants want to have their own voice to be heard. The decision to create a new lobbying group, which will specialize in internet-tied issues, is fully understandable and rational. Google, Facebook, Amazon, etc. are willing to protect their businesses and want law to be more adjusted to their needs. They want to make it easier to employ foreigners or to simplify the taxes, privacy and cyber-security issues. Moreover they acknowledge that law must not be as controversial as the Stop Online Piracy Act and the Protect IP Act was. This legislation act was critiqued by the industry, mainly because it threatened the freedom of Internet.  And freedom in the net is the most important value.

Anna Domanska
Anna Domanska is an Industry Leaders Magazine author possessing wide-range of knowledge for Business News. She is an avid reader and writer of Business and CEO Magazines and a rigorous follower of Business Leaders.
« Amazon’s profit dropping due to investments
Honda shows a profit rise »
Leave a Comment
Close