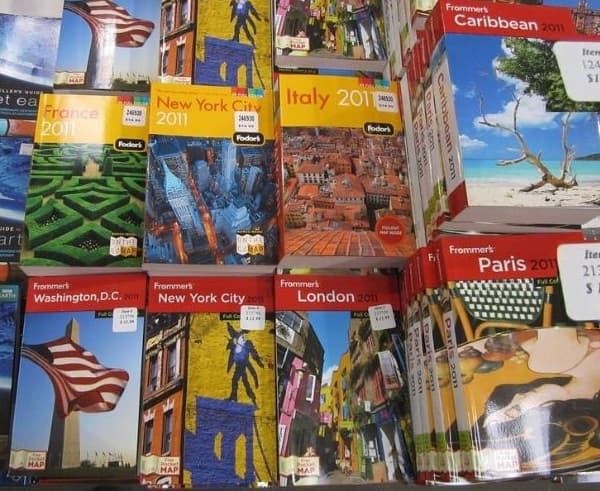 Google has informed that it is planning to buy Frommer’s travel guides from publishing house John Wiley & Sons Inc. for an undisclosed sum.  By purchasing the Frommer’s guidebook Google, the owner of most popular internet engine, wants to strengthen its position as an online travel broker.

For Google the acquisition of Frommer’s travel guides is the second entry into travel information business. Almost one year ago, in September, the Internet giant bought Zagat, an online restaurant guide. Zagat Survey was bought for $US 151 million. The purchase of Frommer’s travel guides means Google is preparing to overtake the online market of providing information on restaurants, hotels, spas, etc.

However the price of Frommer’s travel guides is still unknown, it is rumored that Google will buy it for $25 million. According to other sources, Frommer’s deal is worth up to $66 million. Even though the deal has not been closed yet and the price may change, the deal is said to be profitable for Google not because of the price tag but the significance for its strategy. According to Leung, the purchase of Frommer’s travel guides is a cheap way to get an access to quality travel content. As it was stated by Google, both the Frommer’s team and its content would be a great addition to Zagat team owned by the number 1 Internet search engine.

Google aims at generating more advertising revenue from online travel industry which is currently getting more popular. Google’s officials are convinced that reviews from Frommer’s travel guide would give the Internet users more reasons to visit Google itself. Yelp Inc., TripAdvisor Inc. and Facebook Inc. are the biggest rivals of Google, considering sites which are visited to find recommendation where to stay, eat and what to visit. On the other hand, Google has also become an increasingly threatening competitor for companies engaged in online travel market.

The game is worth the candle. According to data, about $2.56 billion was spent on online ads by the U.S. leisure-travel agency previous year. In addition, American travelers spent above $100 billion to book trips online last year. As it has been stated by analyst, the figure is expected to increase by 10% a year.

Google did make a first step into entering the online booking in 2010 when it bought the flight-data company ITA Software. In 2011 Google also started its own service for American flights.

Sameet Sinha, an analyst at B. Riley & Co, remarked: “It’s been Google’s overarching strategy to dominate the travel vertical. They want to dislodge these vertical search engines that may have gained over the last few years.”

Google wants to dominate in the online travel market, but its aspirations are much wider than this.  That is why the company has expanded its array of services that seek to directly answer user queries. Those methods are highly critiqued by antitrust authorities who currently are looking into all allegations concerning search engine’s issues. The practice of ranking higher Zagat’s sites than for example Yelp’s sites results in undermining travel and online-review sites other than not linked to Google itself.

The acquisition of Frommer’s shows how critical a business local search and reviews are for Google. It also proves that Google has decided to transform itself into media company. Google does not focus only on showing the most relevant links, but the company also has started to produce the information itself.