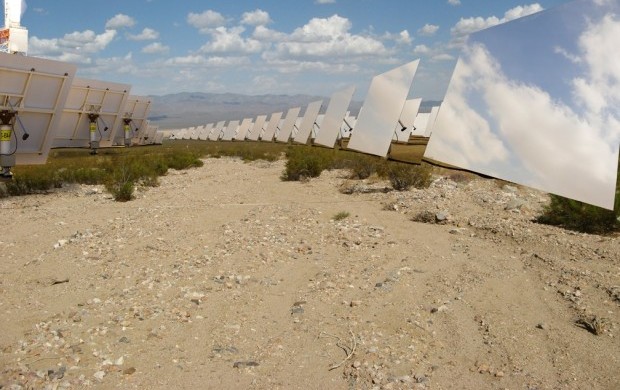 Google has announced its green commitment to the world by investing $168 million in what will be the world’s largest solar power tower plant.

The Ivanpah Solar Electric Generating System, to be located in California’s Mojave Desert, is being developed by BrightSource Energy. Construction of this 450 ft tall tower began in October 2010 and is being looked after by one of the world’s leading construction companies, Bechtel.

The project will be funded by clean energy technology guarantees offered by the U.S. Department of Energy and by NRG.

With the company voicing great excitement over having invested this significant amount of money in the Ivanpah project, Google is likely to accumulate some positive karma through this move, after its recent issues with FTC’s possible antitrust investigation and face-offs with Microsoft.

With an estimated generation of 392 gross megawatts of solar energy over its lifespan of over 25 years, the Ivanpah Solar Electric Generating System offers the promise of taking 90,000 cars of the road over the plant’s lifetime.

And Google absolutely wants to be in on building a clean energy future, according to Rick Needham, Google’s Director of Green Business Operations, and is ready to make smart investments towards this goal.

Like Needham said in one of his statements on Google’s official blog, “We need smart capital to transform our energy sector and build a clean energy future. This is our largest investment to date, and we’ve now invested over $250 million in the clean energy sector.”

“We’re excited about Ivanpah because our investment will help deploy a compelling solar energy technology that provides reliable clean energy, with the potential to significantly reduce costs on future projects” he added 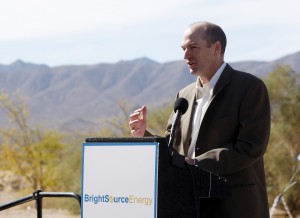 With its functioning based on an assembly consisting of 173,000 heliostats, the Ivanpah project is expected to be completed in 2013. When constructed, Ivanpah will be the first large-scale solar thermal project built in California in nearly two decades, and the largest in the world.

As an understanding of the process that will be employed by the Ivanpah project for generating energy, the heliostats – mirrors that focus the sun’s rays onto a solar receiver located at the top of the tower – will enable concentration of a large amount of solar energy onto one small area. This would further enable the solar receiver to generate steam that spins a turbine and generates electricity.

Having received a conditional commitment for a $1.375 billion loan guarantee by the US Department of Energy to help fund this project, when construction of the Ivanpah project is complete in 2013, the solar complex will nearly double the amount of commercial solar thermal electricity produced in the U.S. today.

The electricity generated by all three plants at the Ivanpah solar complex is enough to serve more than 140,000 homes in California.