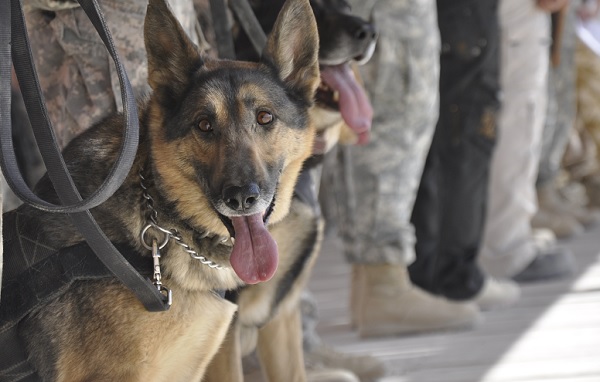 While humans are making more and more exciting progression in tech, it seems that we’re not likely to leave our much loved furry friends behind just yet.

According to New York Post, Google is said to be working alongside the Georgia Institute of Technology in order to develop a pair of Google Glass hardware for our four legged friends. These dogs would be working dogs, such as those who are guarding our borders, sniff out bombs beforehand, and even try to locate dead bodies, and a pair of Google Glass would be able to facilitate a way to correspond with their handlers remotely, or even let man see the world through a dog’s eyes.

The project is called FIDO, which stands for “facilitating interactions for dogs with occupations.” It’s being developed by associate professor Melody Jackson, Thad Starner, who is a technical lead/manager on Google Glass, and research scientist Clint Zeagler.

As MIT Research notes, this communication process is done by “activating a sensor on their vest or collar to transmit command the handler can hear through an earpiece or see on a head-mounted display.” The dogs can activate these sensors by biting, tugging, or putting their mouth nearby.
The initial use case is for police officers and disabled people that use dogs.

Of late tests are being conducted on devices that would allow a dog to activate a sensor, which then activates a tone that is heard through an earpiece, but ultimately this technology could transfer video from a dog to human’s head-mounted display. And this technology seems to work. Three service dogs that tested the gadget quickly got the hang of the sensors, which they activated using their mouths.

Being designed for man’s best friend, Google Glass has also generated some animosity. In March a Seattle bar banned the technology for fear of patrons being fraudulently recorded — and warned that “ass kickings will be encouraged for violators.”
And on Friday, Delaware joined many other states in interdicting the tiny device at its casinos.

This technological leap could evolve to let all dogs interact with their owners. However it is too early to state that, but it could be amazing technology if it works out.