Google Glass Gets A Makeover, Teams Up With Maker Of Ray-Ban and Oakley to Develop Fashion-Friendly Eyewear

Google on Monday announced a partnership with eyewear giant Luxottica Group, the maker of luxury and sports eyewear, to develop design and distribute new versions of the Android-based Glass eyewear. 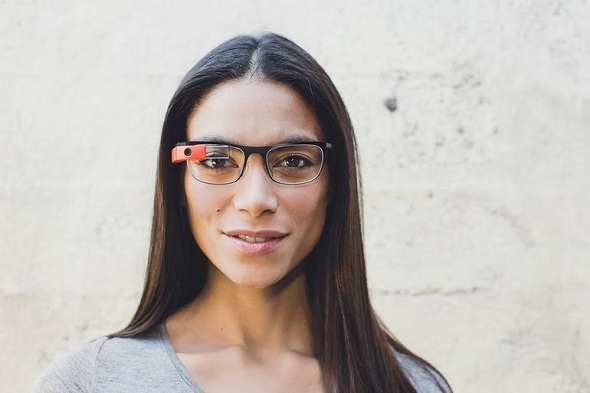 The collaboration will see experts from both Google and Luxottica who will work with fashion designers and wearable tech experts to develop new versions of the wearable computing devices to make sporting a computer on the face more fashion-friendly.

The collaboration will see experts from both Google and Luxottica who will work with fashion designers and wearable tech experts to develop new versions of the wearable computing devices to make sporting a computer on the face more fashion-friendly. Luxottica is expected to help broaden Glass’ appeal. It specifically names Oakley and Ray-Ban as two brands that will be included in making eyewear with Google Glass technology implemented. However, the company also owns Vogue-Eyewear, Persol, Oliver Peoples, Alain Mikli, and Arnette, and could well expand its Glass lines to encompass one or more of them as well.  Andrea Guerra, Luxottica Chief Executive Officer believes that the strategic partnership with Google is the new way forward for the eye wear industry to evolve and satisfy the needs of all consumers. Luxottica is an Italian company that led the eyewear market in 2012 with 12.4 percent shares. The company has a 10-year history in incorporating wearable technology into its Ray-Ban and Oakley glasses.  Oakley has already delved into wearable tech, with ski goggles that display an athlete’s speed, direction, and location and its Thump sunglasses are outfitted with headphones for listening to music on the go. Luxottica will develop high-end frames with avant-garde design offering the best in style, quality and performance equipped with Google Glass. The $1,500 device also includes a camera that can take hands-free pictures and video, a feature that has already raised privacy concerns. Google Glass is currently only available to a select group of developers known as Explorers. As early adopters they have been frequently mocked for wearing a piece of futuristic eyewear with some wearers earning the dubious title Glassholes. More than 10,000 people have bought it to date as part of the Explorer program. Once the gadget is released on the general market, Google plans to tap into the more than 5,000 retail and wholesale distribution channels that Luxottica runs in the U.S. to help sell Glass. The Mountain View, Calif, company hasn’t still spelled out when Glass will be broadly available, although it is still aiming for later this year. Also the company is still deciding on how much they will charge for Glass.