Google Fiber Offers Gigabit Connection to 34 Cities across the US

The Silicon Valley giant Google has invited 34 cities to in regards to joining Google’s ultrafast home Internet Service known as Google Fiber which can deliver Internet at speeds up to 100 times faster than average networks. The service will be available to many cities including Atlanta, Charlotte, Nashville, Phoenix, Portland, Raleigh-Durham, San Antonio, Salt Lake City, and San Jose. 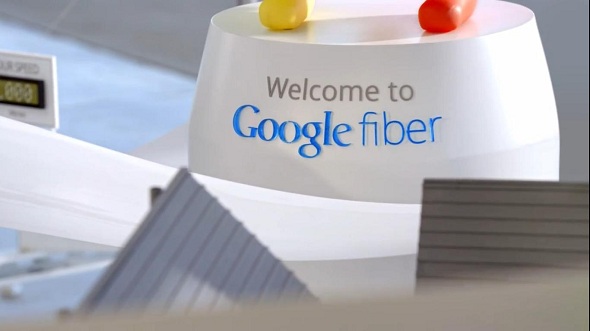 The service will be available to many cities including Atlanta, Charlotte, Nashville, Phoenix, Portland, Raleigh-Durham, San Antonio, Salt Lake City, and San Jose.

Google selected 34 cities from over 4000 applications submitted. There is a possibility that not all 34 cities will qualify or choose to participate in the program. In order to qualify for the service, the cities will need to fill out a checklist as a means of inspecting feasibility.  The cities will have to give a detailed report on housing density, topography, geology and location where Google can lease utility poles and lay down new fiber. Google also wants permitting issues in those cities to be sorted out. Even if Google Fiber doesn’t spread up to all 34 cities, it would serve about 10% of the US population said Heather Burnett Gold, President of Fiber at Home Council of North America.

Google vies the faster internet speeds are necessary for developers and companies to create the next generation of online services, they offer better video streaming options. The very same way as broadband internet service opened doors to games and apps that never existed in the dial-up era.

Sunnyvale Mayor Jim Griffith said that it will be a huge tune-up for residents to have the ability to get the kind of bandwidth Google is offering. San Jose Mayor Chuck Reed stated that it would be great for its residents to have a really fast internet service which is necessary for economic development.

Google Fiber GM Kevin Lo in an interview stated that the future of Internet will be built on gigabit speeds and that Google will help push forward to that era of the web. Google Fiber promises Internet downloads at Gigabit speeds and up to 100 times faster than typical Internet services in the US. Google also offers an optional cable-style TV package with its service.

The pricing has not yet been decided in other cities; however, it charges $70 a month for a 1 Gigabit connection without TV in Kansas City which is where it first introduced Google Fiber.

Internet Service providers have already started providing competitive prices. AT&T had rolled out to offer a contending gigabit fiber service in Austin and is considering other cities for expansion.

Google plans to announce which cities will be receiving Fiber by the end of the year.

A report by blockchain data platform Chainalysis reveals that nearly $14 billion in cryptocurrency were sent to illicit addresses in 2021.
7 hours ago

Musk had previously revealed that he hopes the company will be able to address a wide range of neurological problems – ranging from addiction to paralysis.
21 hours ago