Unfazed by some of the defunct home-delivery operations, Google is preparing to roll out same-day delivery for online retail customers in West L.A. and Manhattan. 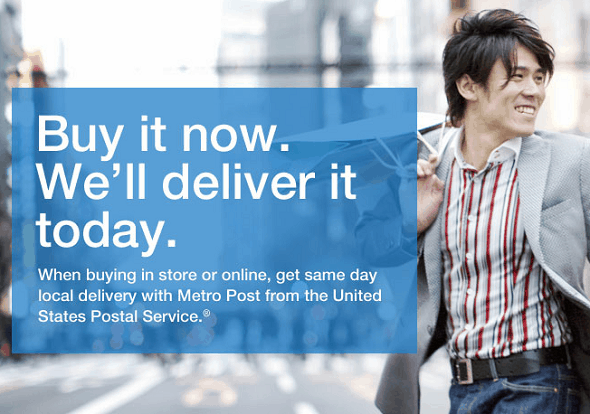 Google’s shopping express service promises to offer products from a variety of retailers including Costco, Target, Walgreens and L’Occitane within hours for a flat fee of $4.99 per store. The company has already been piloting the service in the San Francisco Bay Area.

Amazon has also launched same day delivery in Dallas, San Francisco, Seattle, Phoenix and also in parts of Los Angeles. Those orders that are placed in the morning are delivered by 9 p.m. It has been speculated that Amazon is planning the launch of its own delivery fleet in the near future. And the two companies aren’t alone here. Wal-Mart, eBay, Nordstrom and other retailers are also in the competition.

Google’s service will include non-perishable products, house hold commodities and toiletries that can be delivered to customers’ home within hours. Users can log into Google Shopping Express and enter their zip code in order to know whether their location is in the delivery catchment area.  It is part of the Google Shopping service, which depends on third-party shops listing the items in which Google acts as the middle man for consumers.

Users then choose a delivery slot between 1pm-5pm or 6pm-9.30pm. Its third party store then receives the order from a Google app. Those items are then packed for delivery at the same time as many others in the same area during the delivery period. Google’s delivery truck will collect the orders and the driver, using a different app showcasing the best routes, then meets with another driver in a smaller vehicle who takes these deliveries to a particular delivery area, using the app to find the fastest route. Deliveries are dropped off during the slotted time period

The Google Shopping ship rates can vary depending on merchant. Currently Google is offering its own rates for the same-day deliveries. For now consumers need not pay for the convenience as they can sign up for a membership with six months of free shipping, a trial offered by Google. Google will  most likely continue the free trial until it has perfected the service and is set to charge a subscription fee.

Amazon charges $9.98 for the first item and 99 cents for additional items thereafter. In case the consumer is a prime member ordering costs can drop as low as $2.99 per item and up, depending on weight. And eBay charges a fee of $5 per store but requires consumers to spend $25 each time.

Google has retained lower prices by charging the companies that become part of the delivery network. Its team of delivery people who at present have cars will also use bikes or travel on foot when needed.