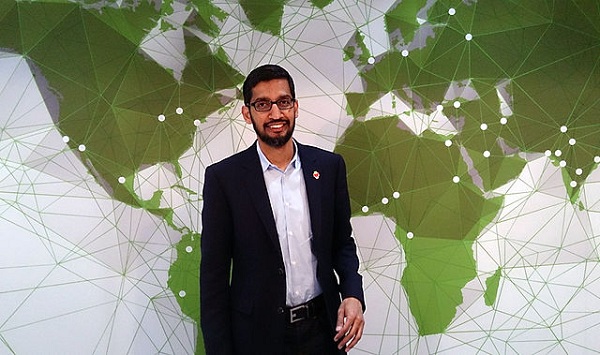 Sundar Pichai, Google’s newly appointed chief is shaking things up, moving top executives around, promoting three vice presidents to higher roles in the company. He is the latest corporate chief to reshuffle top management in quest of profitability. Earlier this year, Microsoft’s CEP Satya Nadella triggered several deep-rooted organizational changes. Phillip Schindler, a seasoned ads VP who was one of the three executives replacing Google’s lionized chief business officer Omid Kordestani, is now the SVP of Global Sales and Operations. Omid Kordestani along with marketing chief Lorraine Twohill and partnerships chief Daniel Alegre will be moving to an advisory role as part of the Alphabet restructuring. Horishi Lockheimer, erstwhile Android engineering VP, now assumes role of SVP of Android, Chromecast and Chrome OS. Lockheimer has already taken over responsibilities over Android business which is dealing with plummeted profits, specifically Android’s expansion into cars and wearables, after Pichai was anointed Android/Chrome chief to the head of CEO of core Google.  Android VP Dave Burke now assumes more leader-level engineering duties. Neal Mohan, formerly Google’s VP of display and video advertising is now SVP. Mohan, an in-demand executive was reportedly bestowed with $100 million in stock grants by Google in 2011 to keep him from moving over to Twitter and Dropbox on another occasion more recently. Twitter and Dropbox aren’t the only two tech titans to have tried to lure Mohan away from Google. A former senior exec at Facebook tried to poach Mohan over to the company as well. People close to Mohan claim that he gets notes from competitors to move over to the other side all the time. He joined Google back in 2008 after it acquired his ad company DoubleClick. He worked under Susan Wojcicki and has become increasingly involved with its video and YouTube business, and is well-known amongst industry leaders in advertising. Over the years, Mohan has made quite a few impressive strategic acquisitions at Google including Teracent, Admeld, and Invite Media. Mohan will continue to report to Sridhar Ramaswamy, SVP of ads and commerce. Mohan and Schindler have formidable jobs ahead. Google faces increasing competition from Instagram, Twitter, and Facebook, in spite of it being a leader in the digital ad scene. Sundar Pichai gave a few Googlers promotions to VP titles. Lean, bearded, Chennai-born Pichai faces challenges from an unlikely rival – Microsoft, which recently announced its new operating system Windows 10.

The move ushers direct competition with Google’s Android platform which runs on mobiles devices such as smartphones, phablets, and tablets. Under Sundar Pichai’s leadership, google recently rolled out management solutions such as MDM that will help companies build an application environment for mobile devices as well as desktop, in a bid to gain traction over reduced number of Android users.

The news of the promotions was sent out by Sundar Pichai in a company-wide email.