Google, a pioneer in ingenious technology is reportedly working on a new tablet that incorporates multiple advanced imaging sensors that can capture 3D images of objects. The company plans to manufacture about 4,000 of these prototypes beginning next month. 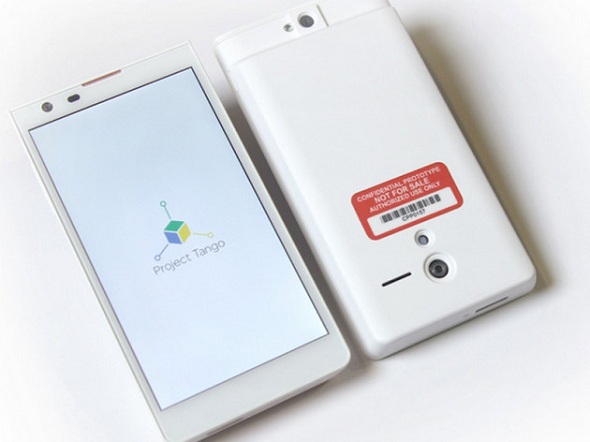 The new device will supposedly sport a 7-inch display; the tablet will come equipped with two back-facing cameras, infrared depth sensors, and advanced imaging software that can capture precise 3D images of objects.

The device is being developed as part of a Google’s Advanced Technology and Projects group dubbed Project Tango, which is managed by Google’s Advanced Technology and Projects group, a skunkworks division that Google bequeathed with its takeover of Motorola Mobility. This Project Tango tablet could debut ahead of the company’s annual developer conference which is slated to take place on June 25 and June 26.

Project Tango is Google’s venture to give mobile devices the ability to do lifelike 3D mapping as the person using the phone moves through the actual world, while simultaneously creating a map of the environment around it. Every second the phone’s sensors will make more than 250 million 3D measurements to build a 3D model of the device’s surroundings. Project Tango released its flagship product, a prototype smartphone in February that had similar sensors that is designed to create a 3D map of its user’s surroundings.

The technology demonstrated in the smartphone could be used for capturing the dimensions of the interior of a room before buying furniture just by waving the phone around the room,  helping the visually impaired inside unfamiliar places without any other aid and turning a hallway into a virtual-reality game space.

So how does it work?

It’s the software that does the trick. The software basically allows the cameras to place a matrix of dots on items and based on how the dots are positioned, the device spots objects inside the room. An iFixit teardown of the first Tango prototype smartphone disclosed this about the algorithm behind the software.

Google and other non-hardware companies such as Amazon.com and Microsoft have made their entry into mobile devices, which allows them to literally tap the real world, as consumers increasingly access the Web on the go. So the prospects for apps are considerably enhanced, as opposed to a game console or a PC.

Unlike Apple, Google prefers to allow developers demonstrate with its more innovative devices in the hope that they will build applications that will help the devices allure consumers. Other than the Project Tango, there is also the company’s Internet-connected wearable, Google Glass, which was first introduced in 2012 but was only available to developers and early testers until recently.

Anna Domanska
Anna Domanska is an Industry Leaders Magazine author possessing wide-range of knowledge for Business News. She is an avid reader and writer of Business and CEO Magazines and a rigorous follower of Business Leaders.
« DOT Proposes Airlines Be More Transparent About Fees and Other Costs
Facebook tweaks privacy policies for new users to make posts less public »
Leave a Comment
Close

Global economy recovery is well on its path going by the money being put in the exchange traded funds, especially in the last quarter. A trillion dollars has entered the traded fun
21 hours ago