Google has partnered with researchers at the University of California, Santa Barbara to build new processors for use in quantum computing systems, expanding the search giant’s effort that began more than a year ago. 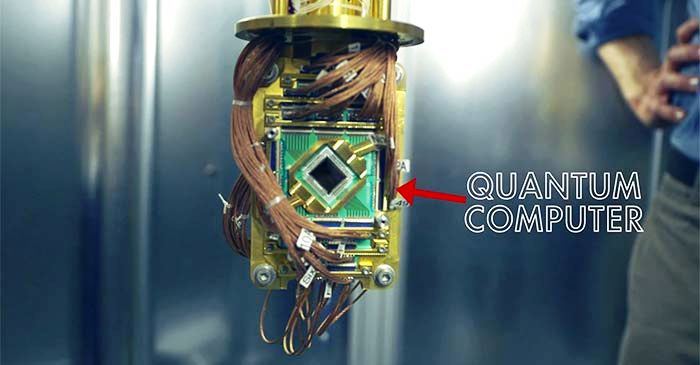 Google says it will continue its research with D-Wave Systems’ quantum computing system, too.

The search giant wants to have its own avant-garde technology that uses more artificial intelligence in designs to eventually expedite its services in the future.

The company unveiled a hardware initiative on Tuesday to develop and build processors for its Quantum Artificial Intelligence Group. The team will work with researchers from UC Barbara on the initiative to help make quantum computers a reality.

The research team, headed by physicist John Martinis from the University of California, Santa Barbara, will comprise of about 20 researchers.

“With an integrated hardware group, the Quantum AI team will now be able to implement and test new designs for quantum optimization and inference processors based on recent theoretical insights as well as our learnings from the D-Wave quantum annealing architecture,” Hartmut Neven,Google`s director of engineering, said in its blog post.

The creation of quantum computers by both teams intends to use properties of subatomic particles to work out calculations millions of times faster than normal computers, even though there are several obstacles to overcome for that to happen.

Current processing technology use electrical transistors to illustrate the ones and zeros of binary computing, however quantum computers will use qubits or quantum bits, which depend on laws of quantum mechanics to achieve different states.

In traditional computing, bits can only be in one of two states — on or off representing a 1 or a 0, quantum bits or qubits can hold several states simultaneously, meaning they can hold values of 1, 0, or both at the same time. That could allow them to perform millions of calculations simultaneously by vastly increasing their processing power.

However, tiny changes in temperature or magnetism render the qubits highly unstable and can alter their state. Researchers at UC Barbara are on the forefront trying to solve those issues, so it’s easy to see why Google wants to work with them.

In the blog post, Google said both teams will work on processors based on superconducting electronics. That includes cooling materials to a point near complete freezing where electrical resistance and magnetic fields are minimized.

Meanwhile, Microsoft is also working on its own quantum computing research and recently published a paper and a video explaining how it works.