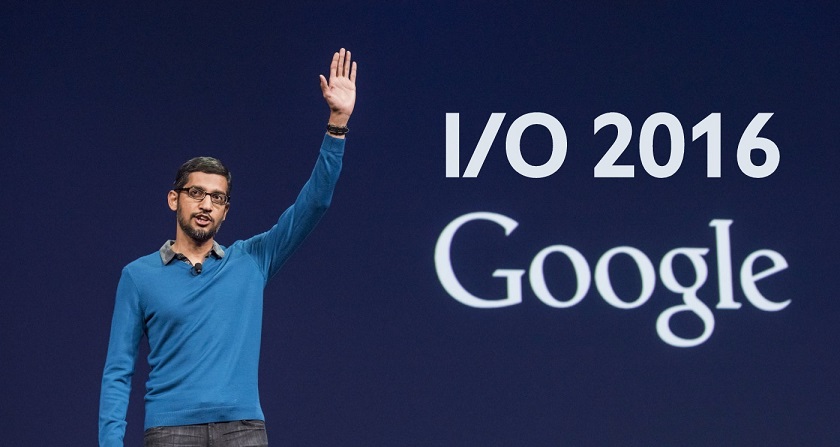 At its 10th annual I/O developer conference, Google CEO Sundar Pichai and his lieutenants doubled down on artificial intelligence as the next big phase of computing. Machine learning was a common thread in Google’s latest products and launches – Google Home, Google’s Assistant, Duo and Allo, and Instant Apps. As the event unfolded, it outlined Pichai’s vision of what kind of company Google wants to be.

STAY AHEAD OF THE CURVE

Every decade, a new era of computing arrives that pretty much shapes everything we do. During the event, Pichai noted that saying that Google aims to be more assistive and provide a more ambient experience. In other words, Google hopes to be your artificial intelligence friend.

The 90s was all about Windows PCs and client-server. By 2000s, the world was grappled by the Web, where almost every advertisement carried a URL. Mid-2000s, and the iPod, iPhone, and devices with receptive micro-screens came in. So, what happens next? Pichai bets its artificial intelligence.

“I do think in the long run we will evolve in computing from a mobile-first to an A.I.-first world,” said Sundar Pichai, Google’s CEO, answering an analyst’s question during parent company Alphabet’s quarterly earnings call in April 2016.

By connecting machine learning tools to developers via its Cloud Platform as well as the open source community via TensorFlow, Google wants to do things it could never do before. It is bringing machine learning in line with HAL. It may have started as a search engine, but if its vision plays out, it will be more like an ambient being by the end of the next decade. Every product and service that it launches will have Google Assistant built in. This is Google’s answer to Facebook’s chat bots, Microsoft’s Bots, and Apple’s Viv.

Pichai is not predicting that mobile will go away. However, he’s betting that the future lies in smarter uses of machine learning, rather than clever uses of mobile devices. Various forms of machine learning and AI are already being put to clever use to fight spam, steer autonomous cars, and sort data and images. “You can do that increasingly better because of machine learning and artificially intelligence. Google Photos was a great example of that. But in the last 15 months, we also launched Smart Reply in Inbox. That’s an example of where we are assistive to you,” said the mild-mannered Pichai during an interview with Forbes. Pegging machine learning as the key to the future, Google hopes to stay ahead of the curve, emerging as a clear winner, by distinguishing its upcoming cloud computing business from rivals like Microsoft and Amazon.