Google on Wednesday announced that it has surpassed its goal of purchasing as much renewable energy as it consumes for operation in all of its outlets globally. This makes Google flood power grids globally with a clean source of electricity, slightly above its total power consumption at all of its data centres and offices.

The achievement was acknowledged in a blog post by Urs Hölzle, Google Senior Vice President for Technical Infrastructure. Hölzle disclosed that the company now has contracts to purchase three gigawatts (GW) worth of clean energy from projects built for Google. This ranks Google as the biggest corporate buyer of renewable energy, with the company’s new capital investment amounting to $3 billion.

Does it mean that Google is completely powered by renewable energy?

No, rather Google is “matching” the equivalent of its used energy with clean energy supplies. “For every kilowatt hour of electricity we consumed, we purchased a kilowatt hour of renewable energy from a wind or solar farm that was built specifically for Google,” said Hölzle. The clean energy may not be generated at the same time or office location it was used. This practice is not new; it is common for businesses to match energy used with clean energy purchased and distribution elsewhere. However, Google is the first public company in its size category to achieve such goal. The statement reports that powering Google with 100 percent renewable energy is yet to be achieved and would take some time. 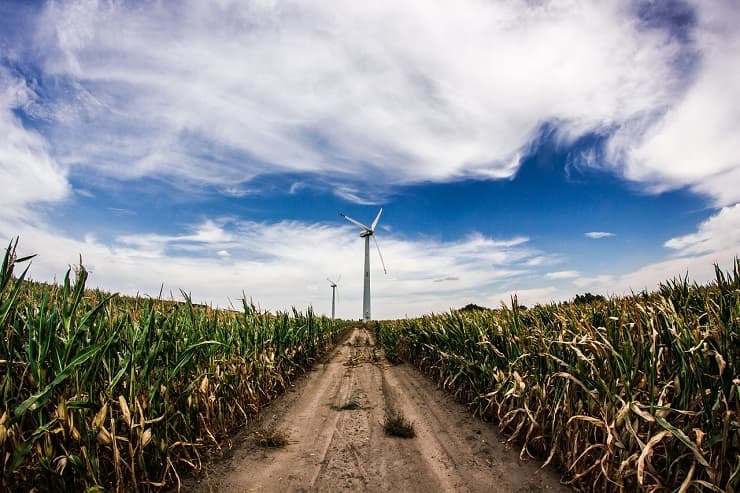 Renewable energy industry looks nothing like it did a decade ago: expensive and sluggish.

Using 100 percent clean to power all Google outlets is still challenging due to the fact that most power supplies from the grid are usually a combination of varied energy sources; coal, gas or renewable based on the available plant. It’s difficult to differentiate the source being used and Google does not think it’s important for now.

“What’s important to us is that we are adding new clean energy sources to the electrical system and that we’re buying that renewable energy in the same amount as what we’re consuming, globally and on an annual basis”, said  Hölzle.

The news looks like the first stage of its goal of going completely clean and achieving zero carbon emission announced in 2016. Google also reiterated that its operational projects two years ago provided renewables enough to take care of 57 percent of its total energy consumption globally. It also penned several contrasts to build wind and solar power plants the same year, which started operation in 2017. Google’s renewable energy farms are mostly located in Europe and North America.

On the ultimate goal of powering Google with 100 percent renewable energy, Hölzle acknowledged that the process would require several commitments, but the company is expecting to make it happen.

“We do want to get to a point where renewables and other carbon-free energy sources actually power our operations every hour of every day. It will take a combination of technology, policy and new deal structures to get there, but we’re excited for the challenge. We can’t wait to get back to work”, Hölzle added.

Anna Domanska
Anna Domanska is an Industry Leaders Magazine author possessing wide-range of knowledge for Business News. She is an avid reader and writer of Business and CEO Magazines and a rigorous follower of Business Leaders.
« Uber Suspends Services in Greece
The World We Can Avoid By Removing Excess Carbon Dioxide »
Leave a Comment
Close