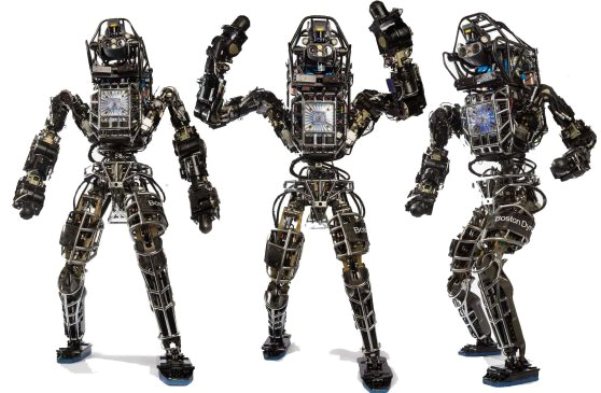 The Atlas Robot by Boston Dynamics

To add a firm to its always blooming collection, Google has acquired a new engineering company: Boston Dynamics. If the tech giant has already created the most popular platform for smartphones by introducing the Android technology, just imagine what they will be able to accomplish now by owning a company which has created “WildCat”, the fastest-running robot in the world!

Boston Dynamics is the eighth advanced robotics firm grabbed by Google Inc. this year. Based in Massachusetts, the company specializes in building specialized advanced robots with remarkable agility, mobility, speed, dexterity, and behavior. By using sensor-based controls and computation, the firm is able to unlock the capabilities of these complex mechanisms. Furthermore, to field testing and low-cost production, the high-end robotics company takes projects from initial concept to proof-of-principle prototyping in order to build-test-build engineering. Organizations from all over the world, from the US Army, Navy and Marine Corps, Defense Advanced Research Projects Agency (DARPA) to Sony Corporation turn to Boston Dynamics for counsel and help to manufacture of the most sophisticated robots on the planet.

Founded by former professor from Massachusetts Institute of Technology Marc Raibert in 1992, the advanced robotics firm has consulted for Japanese electronics leader Sony on different consumer applications such as the robot dog Aibo. In addition, the high-end robotics company does not sell specialized advanced robots commercially and mostly develops off-road robotics and mobile technology, funded by the Pentagon’s DARPA. Google has expressed that it would respect the existing military contracts between Boston Dynamics and DARPA.

The size and price of Google’s project, which is directed by former Android boss Andy Rubin, are being kept secret. Nevertheless, analysts predict that this purchase signals a rising awareness towards robotics use by consumer internet firms. Google Plus service Chief Executive Larry Page said that he was excited about Andy Rubin’s next assignment and was eager to see the progress, for Rubin’s last big bet—Android—started off as a crazy proposition that ended up putting a computer in hundreds of millions of pockets.

The impact and result of having Google working along with the advanced robotics firm are infinite. For instance, Amazon recently announced plans to set up a fleet of delivery specialized advanced robots or drones. What will Google announce in the months to come..? That is yet to be seen.

Laura Gomez
« Need for water in Fuel technology may result in energy crisis
U.S. on its way to energy independence, says DOE »
Leave a Comment
Close