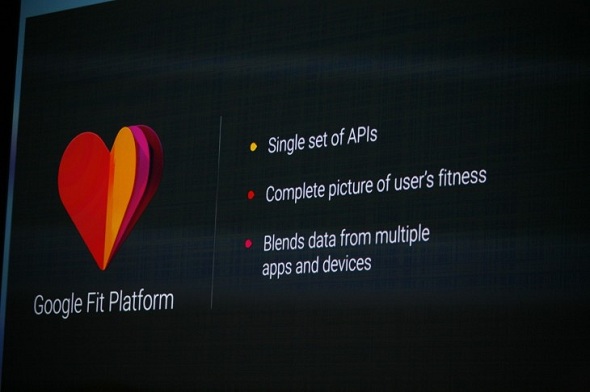 Google health closed down in 2011. It was something that could have fixed the corrupt and broken health industry across the US. Google Health was a personal health information centralization service introduced way back in 2008 and was one of the best products out there in the market. Nevertheless, this time Google has come up with an even better and centralized platform that will be able to integrate with the wearable available out there now that wearable technology and health related apps are gaining a strong foothold in the market.

On Wednesday, Google announced ‘Google Fit’ platform to help users of its Android mobile software pull together health and fitness related data on smartwatches and other mobile devices.

‘…a direct aim at Apple’s Healthkit’

Fit performs similar to the recently introduced services from Apple and Samsung. The tracking and analysis of health related data is expected to be an enormous driver for smartwatches and other sensor-laden gadgets that will be released later this year.

While Samsung unveiled the ‘Sami’ platform a month ago, and Apple as of late announced the ‘Healthkit’ at WWDC, Google has now making its move to remain ahead of its rivals. Tidbits around Fit had begun rising recently. Earlier reports had revealed it ‘would allow a wearable device that measures data like steps or heart rate to interface with Google’s cloud-based services, and become part of the Google Fit ecosystem.’

The latest health and fitness related platform from Google is a direct aim at Apple’s Healthkit that is designed to gather and examine health related data. The Healthkit application can gather data from other 3rd party applications which later can be examined by healthcare professional, depending obviously on the amount of access users provide for this app. Apple collaborated with the incredibly well-known Mayo Clinic to get the entire project working. With the Healthkit users will be able to keep a tab on important health related metrics consistently, and over longer period.

Google has partnered with a number of brands including LG, RunKeeper, RunTastic, Adidas, Basis, Nike and Motorola.

Google didn’t go much further into detailing on the usage scenario of the API. Nonetheless it mentioned integration of wearable one of the core points, such as Nike’s Fuel System which was named during the Conference.

According to a Google, the Fit platform Preview SDK will be available in just a few weeks.

Anna Domanska
Anna Domanska is an Industry Leaders Magazine author possessing wide-range of knowledge for Business News. She is an avid reader and writer of Business and CEO Magazines and a rigorous follower of Business Leaders.
« Microsoft’s General Counsel Calls For New Privacy Push To Protect Users’ Private Data
“OK Google” allows search from anywhere on any screen!! »
Leave a Comment
Close