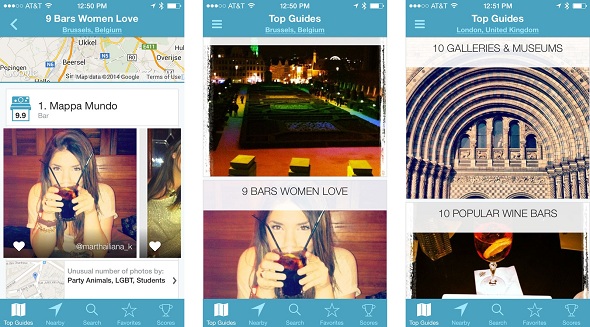 Google has eyed up, JetPac, a San-Francisco based travel startup that analyses Instagram photos to generate city maps or a traveler guide for public use.

JetPac delivers relevant results to you of places of interest by searching through Instagram photos on Facebook using an algorithm to study pictures content. You may questions then, what’s so special that Google acquired it? JetPac doesn’t deliver grim and sour images of places of your interest; it rather conjures up results where people had most fun, using smile recognition and a few more features to help you make up your mind where you’d like to go and even tell you how happy people are at the city you wish to visit.

How Does JetPac Work? 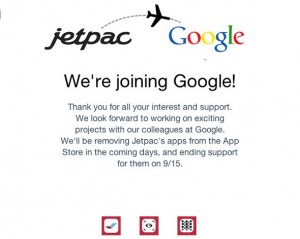 “You can now search for places to go to in the way that you naturally visualize it, rather than reading through an amenities list or parsing text reviews. People use it to quickly get a sense of a place and the people who go there – photos don’t lie,” explained Jetpac CEO Julian Green.

JetPac’s iOS application scans through Instagram photos to match up individuals and their tastes with areas they’re frequenting. This permits one to see what spots are most frequented in a city by individuals of different nature, for example, food lovers, tourists, students, business and so forth. Jetpac, generally, breaks down Instagram photographs to create city guides. The guides are loaded with “top 10” lists of things to do specifically areas, generally centered on the most famous spots to visit.

Furthermore, users can additionally put your visual intuition under by taking the app’s photo quizzes to check whether they can perceive a specific city by through Instagram images.

So what is Google going to do with the app?

Chances are that the new app may fit into Google+ which recently integrated new photo-related features to enhance stories for travel albums, auto-filters and automatic hashtags. JetPac’s algorithm could also be utilized as a part of Google Maps and Google Now search results. This will turn out to be particularly handy in helping users align with nearby places of interests.

Google Now already has a feature where it loads the users screen with interesting places near the hotel where they’re staying while travelling. Also recently, Niantic Labs’ Field Trip app was also integrated with Google now to enhance users travel experience by providing more features within the app.

Google Maps could likewise integrate JetPac to help users determine which place to visit through a bunch of images taken around a particular fascinating location. Using JetPac’s algorithm, Google Maps will be able to pull more relevant images around a certain location.

JetPac’s technology could also be used to reinforce Google’s local search and retail reviewing efforts. We by one means or another are certain that JetPac’s addition to Google is going to bring in a lot of changes in Google+, Google Now and Google Maps.

Jetpac was founded in 2011 and secured a $2.4 million financing round in 2012, which included financial specialists like Khosla Ventures, Morado Venture accomplices, and previous Yahoo CEO Jerry Yang.