Search giant Google has acquired Israeli security start-up SlickLogin that allows websites to identify a user by using sound waves. SlickLogin confirmed the deal by an announcement posted to its website.

SlickLogin was founded less than a year ago by Or Zelig, Eran Galili, and Ori Kabeli, who graduated recently from the Israel Defence Force’s cyber-security unit and have been working on information security projects since the last six years. The company is based on a novel idea to streamline the authentication login processes for users by using a smart identification technology that uses uniquely generated sound waves. 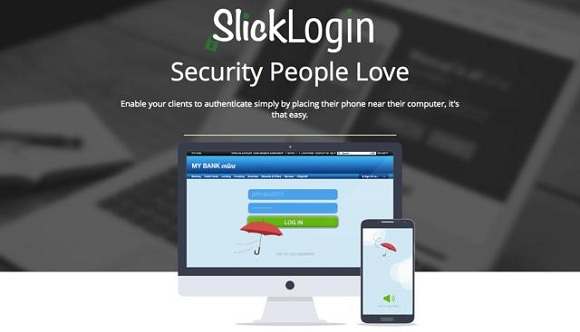 SlickLogin is a smart identification technology that uses high-frequency sound waves in an aim to streamline the authentication login processes for users.

The financials of the acquisition has not been disclosed though reports claim the deal is worth several million.

Google is said to be the first to offer free 2-step authentication for free. The latest procedure adds another level of security to the usual password system by wanting users to feed in a code from or on their smartphones. This new technology works on the assumption that users generally have their smartphones with them and are unlikely to lose them than their passwords. This new procedure can be used either as a replacement for a password or as an additional security layer.

SlickLogin intends to improve the security of passwords while also making them easier to enter. SlickLogin’s login process employs almost imperceptible sounds played through the computer’s speakers whenever a user visited a website that needs a password. Then a smartphone with a special app with the necessary login credentials scrutinizes the audio and, if authentication is through, sends back a signal to confirm the user’s identity and allow login. The audio that is being used is specially generated per user per login, confirming that even if recorded, the sound cannot be used again, even while using the same computer.

Passwords can generally be very difficult to remember and feed in and while services like 1Password and LastPass can make passwords more user friendly. SlickLogin’s sound-based password system sounds like a refreshing and engaging change to the login methods that we’re all adapted to. It’s a bit premature to say right now as to when or if we’ll see SlickLogin’s tech utilized by Google, but this deal is could be interesting if you want something novel in terms of managing pass words. 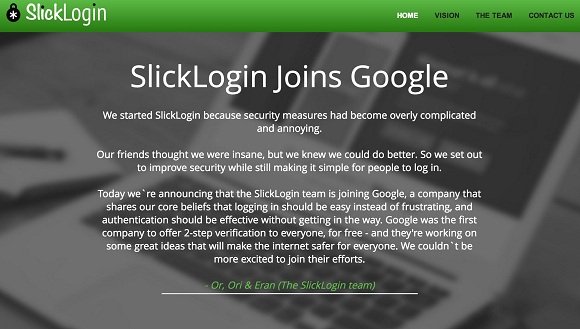 SlickLogin Joins Google: The exact details of the deal are still under wrap (the acqui-hire is valued to be in several millions), perhaps more details will surface later.

SlickLogin joins a line-up of startup ventures that have recently been taken over by Google. In January, the tech giant snapped up the Impermium portfolio. Impermium is a company focused on spam control, and also eliminating fraud and web abuses online.