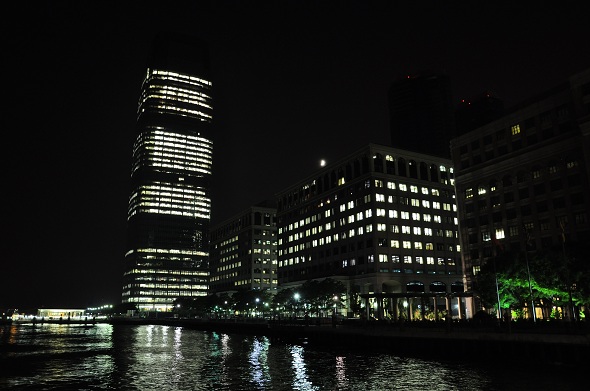 Goldman Sachs said on Friday that it has agreed to pay $3.15 billion, its largest bill yet to resolve a government lawsuit related to the financial crisis. The settlement is said to resolve claims that it deceived Fannie Mae and Freddie Mac to end a lawsuit that was filed in 2011 by Federal Housing Finance Agency, the federal regulator that oversees the two mortgage companies.

The FHFA accused Goldman of misstating the quality of investments against Fannie Mae and Freddie Mac in the run-up to the financial crisis. The agency estimates that Goldman settlement was worth $1.2 billion, since that is the difference between what Goldman is paying and the current value of securities.

Goldman is hoping that the settlement with resolve federal and state securities claims altogether. Previously Goldman avoided billion-dollar penalties that came with settlement claims, challenging that many of those federal claims should be dismissed.

Goldman Sachs sold residential mortgage-backed securities to the government-backed mortgage companies between 2005 and 2007. It will now buy back those securities wherein the settlement costs will be “substantially covered by reserves as of the second quarter of 2014”, according to a press release.

In 2010, Goldman agreed to pay $550 million payment the largest penalty against a Wall Street firm to settle SEC’s charges for the Abacus case, which is half the $1.2 billion settlement figure. Goldman will pay $2.15 billion to Freddie and about $1 billion to Fannie for the securities it sold.

Gregory K. Palm, Executive Vice President and General Counsel of The Goldman Sachs Group, Inc., stated “We are pleased to have resolved these matters.”

Conflict and Trickery in Mortgages

In 2011, the FHFA sued 18 banks, over sales of mortgage securities to Fannie and Freddie, out of which it has now reached 15 settlements. The total value of the securities sold was $196 billion. Banks including JP Morgan, Bank of America, Deutsche Bank and Citigroup have been accused of mortgage-linked securities leading up to the financial crisis. Together, these financial institutions have paid millions in penalties passed by the Securities and Exchange Commission in order to settle civil charges accusing of misleading the quality of bonds they sold.

On Thursday, Bank of America reached a $16.65 billion settlement, with the Justice Department and state regulators over mortgage securities, the biggest in American history. In yet another settlement in March this year, BofA agreed to pay $9.5 billion put an end to litigation over the bad mortgages issued that lead to the financial crisis.

The Goldman Sachs settlement is the recent in the chain of federal government settlement over actions related to the 2008 financial crisis. The financial crisis stemmed from gigantic sales of risky mortgage securities, which then sunk the economy leading to the deepest recession of all time since the Great Depression. The 2007 housing bubble burst disrupted those securities, losing billions in value.

In September 2008 when Freddie and Fannie were on the verge of collapse, government rescued them, by giving a total aid of $187 billion. The government-backed companies have since turned profitable and have repaid those bailouts.

The FHFA said it still have pending lawsuits against HSBC, Nomura and Royal Bank of Scotland for similar charges.