Goldman Sachs Rides on back of Tesla Share Upswing, Makes $100million this Summer

Goldman Sachs made nearly $100 million off the Tesla share performance in the markets this summer.

Tesla shares saw a steep rise in market share price, which fuelled the growth of the US stock market and benefitted many investment entities.

Investors both big and small profited from the dizzying climb of one of a cluster of high-profile stocks that drove markets higher this summer.

Goldman Sachs used the Tesla share rise to make a lot of lucrative deals, including trading Tesla stock options, providing financing secured against shares in the company, and buying and selling its convertible bonds, according to the sources.

Those deals helped Goldman produce stand-out results in the second quarter in particular, sources say, when the bank reported revenues from equity trading approaching US$3bn – its best quarter from that business in over a decade. 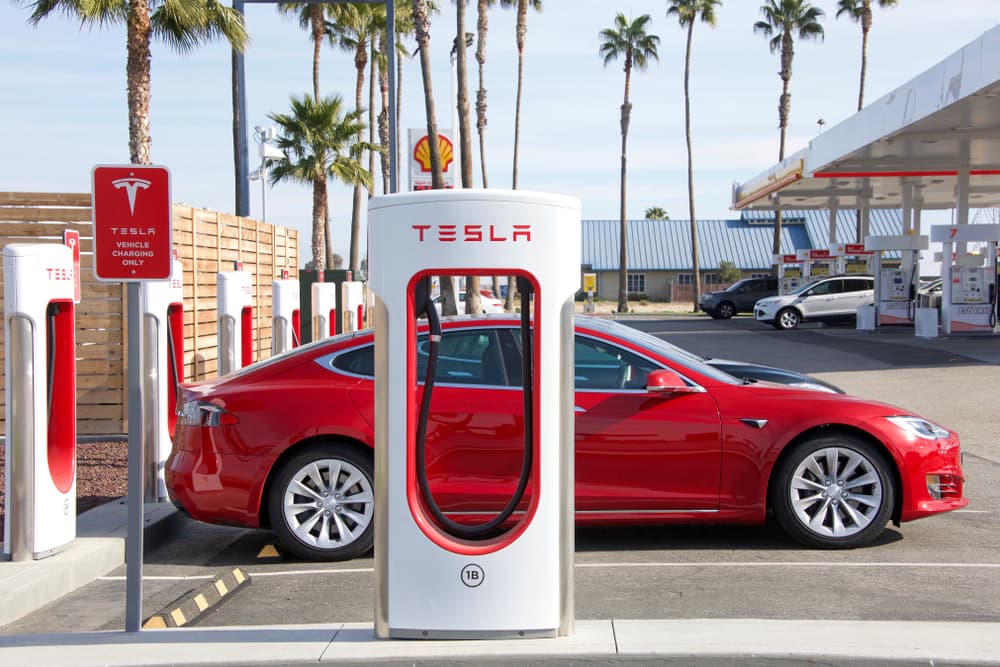 Tesla’s shares are up 486% since hitting a low of about US$72 in March, when the Pandemic struck and markets saw a downturn. By way of comparison, shares in technology stalwarts Amazon and Apple have climbed about 79% and 97% since their March lows, respectively, while the S&P 500 is up 50%.

The higher activity from investors like SoftBank and investors on Robinhood trading platform showed a renewed interest in derivatives, which saw US single-stock options volumes go up nearly three times in the second quarter compared to the same period last year, according to strategists at Barclays.

“As option missiles fired across the tech sector helped the broader market rise before the NASDAQ dropped about 12% from highs earlier this month,” reported Oilprice. Options volumes on the carmaker jumped to US$1.45trn in July from US$124bn in July 2019 on the back of higher retail trading.

Buying and selling Tesla convertible options also helped the company gain value. These converts have a face value of $4 billion, and these helped prices climb in a short period as shares of the stock went up in the heating selling and buying activity in the summer.

Goldman raked in a sizeable revenue by using derivatives to position for an upswing in Tesla shares, sources said.

But there are many people who are skeptical of the rise in tech shares this season and of Tesla in particular, which they say is not backed by its production growth and capital assets. David Trainer, the CEO of New Constructs, has called it a house of cards, which might fold over any time.

RBC Capital’s Joseph Spak speaking after the stock split of Tesla, said, “We still view Tesla as fundamentally overvalued and having to grow into its valuation.” Tesla stock split 5-for-1 on August 11. Stock splits don’t add any value to a company, but rather increase the number of shares and decrease the stock price by an equivalent amount. Of the 36 analysts surveyed by FactSet, just 19% are bullish, 31% are bearish, and 50% are neutral about Tesla.

On May 1, CEO of Tesla Elon Musk himself tweeted, “Tesla stock price is too high imo.”

Christy Gren
Christy Gren is an Industry Specialist Reporter at Industry Leaders Magazine she enjoys writing about Unicorns, Silicon Valley, Startups, Business Leaders and Innovators. Her articles provide an insight about the Power Players in the field of Technology, Auto, Manufacturing, and F&B.
« HSBC shares sink to 25-year- low in Hong Kong
5G technology will compete for cobalt supply with EVs »
Leave a Comment
Close