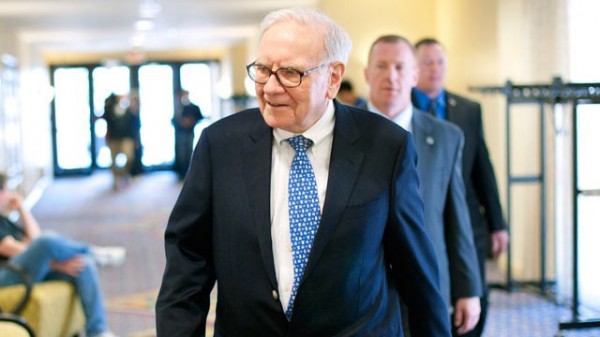 The American tycoon, investor and philanthropist has been the talk of the town. Well, who doesn’t know him? Yes, he is Buffett, Warren Edward Buffett. What makes Warren Buffett an eminent personality is, his adherence to the value investing philosophy and his personal frugality despite his immense wealth.

Each year, usually toward the end of February, many investors look forward to the release of the Berkshire Hathaway annual report. Now, for those of you who don’t know who Warren Buffett is, he isn’t just your usual public company CEO chatter.

Apparently, one of Buffett’s favorite topics of discussion of late has been gold. He loves talking about investors’ fascination with gold and with cash (in the form of bonds), as per most of the business news. Warren Buffett characterizes gold as one of the assets ‘that will never produce anything, but that are purchased in the buyer’s hope that someone else – who also knows that the assets will be forever unproductive – will pay more for them in the future’.

But Buffet seems to be quite cold on Gold these days. World’s most celebrated investment inspiration, Warren Buffett, has once again come out against gold as a worthwhile investment. According to his recent shareholder letter, Warren Buffett has noted that gold performance is driven by fear and the metal is a non-starter because it’s only worth what someone else is willing to pay for it.

Well, though many experts and analysts disagree to Warren Buffett’s viewpoint, however, mentioning several reasons why to expect gold to perform, from the interest of central banks in its acquisition to the metal’s position as a commodity in growing demand and a finite supply.

Warren Buffett does acknowledge that gold’s strong market for the past 10-year has been motivated by the constant multiplication of panic in the marketplace, which triggered a literal flood into the hard asset. But he says that as ‘bandwagon’ investors join any party, they create their own truth, if not for long, at least for a while.

Buffett’s letters are not just any other letters coming up from experts and analysts. Warren Buffett makes sure his letters carry information update, investment lesson. He’s quick to admit his mistakes and quick to praise the managers of the Berkshire Hathaway businesses that have succeeded throughout the year. Buffett also takes great care to share his thoughts on investing in general and on the issues of the day in particular.

Dhwani Shah
« iPad 3 is on its way, but is it worth the promotion?
Empire State Building – The Art Deco-Style Plans to ‘Go Public’ »
Leave a Comment
Close