Bitcoin vs Gold: The Hottest Debate on the Wall Street 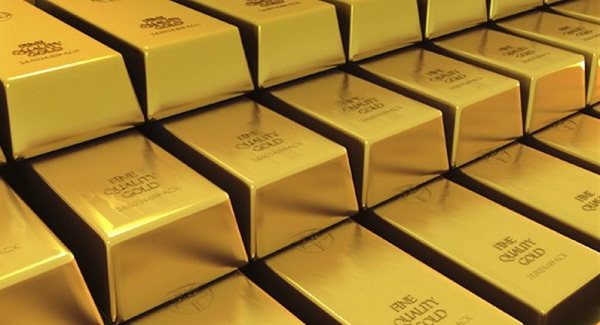 April 16 was a far cry from previous two years when ‘Gold’ enjoyed the most-favored-investment status. Not only did the Gold-bubble finally burst, but it also led to bringing the value of central bank reserves down around $560 billion as investors now prefer equities to gold-investments.

As gold hit the low-marks in over two years, all gold related trading has slumped more than $37 billion since the beginning of 2013. Gold funds reflected net outflows of $11.2 billion, one of the highest in the past two years. US equity funds and other global funds saw a net inflow of $21.25 billion. The fall in gold funds and gains in equity funds were part of the report released by EPFR Global.

The World Gold Council believes that the central banks have witnessed the most painful failures when it comes to the the value of gold, taking into account their physical holdings: nearly 31,695 metric tons which account for as much as 19 percent of all mined gold.  Through a linear growth for over 12 years, gold had climbed to 1,923.70 an ounce in September 2011 before its great-fall on the 16th of April.

The fall in gold prices, according to several studies, is largely attributed to increased boost in equity fund investment. The findings of different reports showed that higher corporate revenues and a slow inflation rate led to an increase in equities by nearly $2.3 trillion in 2013 alone. This, on the other hand, was one of the major factors of the downfall in the prices of gold sold at traditional gold storefronts.

Investment analysts in the gold industry underline the change in risk assessment might immediately trigger slumps in gold prices. According to them, consumers and investors now perceive a lowering in the risk values in the investment market. Additionally, investors are now reaching out to investments that generate income or alternatively have growth potential. Since both of these factors are missing in gold investments, investors are looking towards equities across the board.

Most investors were expecting a yield with gold investments, however, when no yield resulted, investors are now moving away from this commodity.

New York, the city that never sleeps, witnessed gold futures diving surprising 18 percent in 2013. This was way over a 9.3 percent drop recorded on the 15th of April. Currently, gold is saddled with a bear market losing as much as 20 percent since Aug 2011 close.

Even as bullion fell behind, the US Federal Reserve policy helped in recovery, stabilizing the US dollar. Furthermore,  policy makers have indicated that there will be a curb on the demand for gold, besides lowering the level of stimulus package to the market.

Most fund managers and portfolio managers opine that investors need to get rid of their gold investments as the gold cycle has quickened, thereby the sale is essential. No longer does gold provide the hedge against inflation as the consumer prices have been climbing even after continued government stimulus of nearly 5 years.

Guy Debelle, the Assistant Governor at Australian Central Bank, underlined: “Gold often has a high price because people believe that other people believe that it’s worth a lot. When you describe other markets like that, the word ‘bubble’ gets thrown about.”