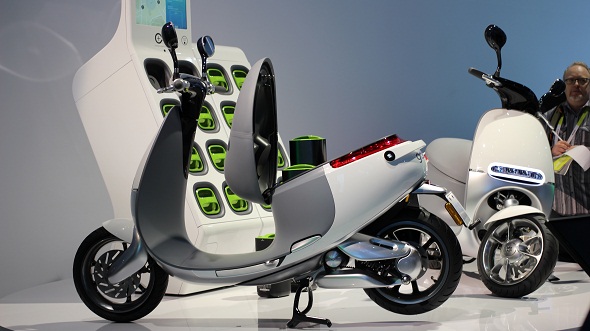 Gogoro has raised $150 million in stealth mode, before launching its flagship electric smartscooter

The Taiwan-based startup – Gogoro has raised $150 million in stealth mode, before launching its flagship electric Smartscooter that has now been finally revealed by the company.

Today, in a press conference, co-founder, Horace Luke said that a Smartscooter would cost about $ 4,140 per-order in Taiwan, where the company – Gogoro, is currently is working on a pilot program by taking help from Taipei City and neighboring New Taipei City.

The company hasn’t revealed that after Taiwan, which country it plans to expand its innovation plant? But, most of the inquiries were generated from China, Brazil, Thailand, and India, where gas scooters are more popular modes of transportation. If the Smartscooters failed to expand in those markets, Gogoro will compete with other electric scooter manufacturer like HERO, in India.

Gogoro specializes in an utmost easy to use batter-swapping system, along with an app that allows Smartscooter’s owner to monitor, and control the performance of their vehicles. But, it still depends on customers’ interest, whether they are willing to pay a higher amount for smart innovation, or the company will be able to change essential charging infrastructure in other cities.

Christy Gren
Christy Gren is an Industry Specialist Reporter at Industry Leaders Magazine she enjoys writing about Unicorns, Silicon Valley, Startups, Business Leaders and Innovators. Her articles provide an insight about the Power Players in the field of Technology, Auto, Manufacturing, and F&B.
« CEO Activism is not exactly a thorny issue
Growth of Renewables Surpassed Fossil Fuels in the Power Sector »
Leave a Comment
Close