Just as we thought we had seen some of the best Super Bowl commercials, along comes a surprise entry from General Motors, featuring Will Ferrell in an ad titled 'No Way Norway'.

The Detroit-based automaker purchased a 90-second slot for the EV commercial, showing how much they’re investing in the zero-emissions strategy. The standard Super Bowl ad time is 30 seconds, and that comes at a cost of $5 million. GM’s commercials at the 2021 Super Bowl easily go north of $30 million.

General Motors aired its Super Bowl ad dubbed #NoWayNorway. This is the company’s first time ever advertising to the Sunday Super Bowl audience, and it did so in a memorable way with the help of “Elf” actor Will Ferrell.

Standing in a garage, Will Ferrell announces that the U.S. has not adopted electric cars quite as rapidly as Norway. In the next shot, Ferrell is seen raging at Norway and punching the globe, because why not? “I won’t stand for it,” Ferrell says. “… With GM’s new Ultium battery, we’re going to crush those lugers,” Ferrell adds. “Let’s go, America!’ 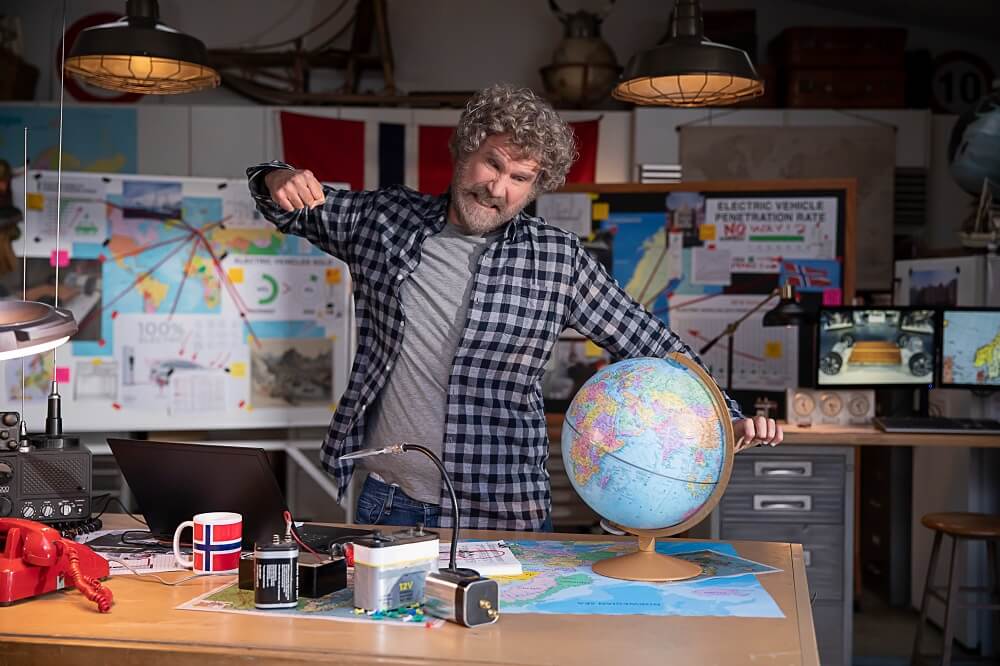 Ferrell brings his friends Kenan Thompson and Awkwafina and they set off for Norway. Along the journey, Ferrell is heard describing GM’s new EV fleet.

“GM’s Ultium battery is made for all types of vehicles, so soon, everyone can drive an EV,” he says.

In the viral GM Super Bowl ad, Will Ferrell is seen driving a silver Cadillac Lyriq, while Thompson and Awkwafina hop into a Hummer EV.

Unfortunately, the directions weren’t very clear and the friends end up in two different Scandivanian countries. Ferrell winds up in Sweden while the duo end up in Finland.

The focus here isn’t the benefits of GPS or Norway’s position as a market leader in electric vehicles’ adoption. General Motors wants you to know that America has lagged behind oil-rich Nordic nations in adoption of environmentally-friendly EV technology. There is no blame game; the GM commercial gives new energy, impetus and hope to its ‘Designing for the Environment’ strategy.

Is everybody in? GM asks in its Super Bowl commercial

General Motors is dead set on making America adopt its fleet of electric vehicles. Just last week, GM CEO Mary Barra announced the automakers goals to phase out gas-guzzling, air-polluting cars and trucks by 2035 and only sell electric vehicles that have zero tailpipe emissions by 2035. What better way to embolden this “Everybody In” EV strategy than to put it under spotlight in front of an audience of 99 million Americans at the 2021 Super Bowl.

GM CEO Mary Barra tweeted, “Norway has set the bar high with electric vehicle adoption. We are ready to bring #EVerybodyIn on the #AllElectricFuture.“

The carmaker has promised that it’ll have 30 electric vehicles in its lineup – Cadillac, Chevrolet, Buick, GMC – by 2025. In November of last year, General Motors committed to spend $27 billion in electric vehicles and autonomous vehicles through mid-decade.

The EV investment boost follows an unveiling of the all-electric Hummer truck along with a series of announcements on building new electric auto manufacturing capacity, including the overhaul of older manufacturing plants. 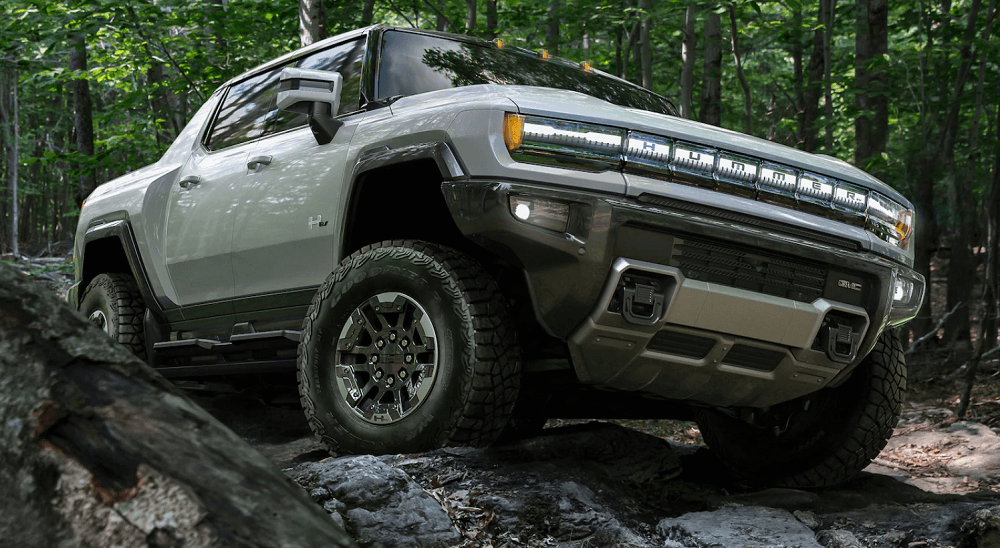 “Climate change is real, and we want to be part of the solution by putting everyone in an electric vehicle,” said Barra. “We are transitioning to an all-electric portfolio from a position of strength and we’re focused on growth.”

We have reached an important inflection point at @GM. We are transitioning to an all-electric portfolio, and doing so from a position of unprecedented strength. This is how we will win. pic.twitter.com/9HeJlntI9v

General Motor’s Super Bowl ad features two EVs – the Cadillac Lyriq concept and the GMC Hummer EV – one starring Will Ferrell, Awkwafina and Kenan Thompson, and another with Winona Ryder and Timothée Chalamet. These electric vehicles aren’t even in dealerships yet, and won’t be for quite a while.

GM’s EV commercial is goofy, but also serious from an automaker viewpoint – and it’s quite effective. Ferrell’s No Way Norway ad is likely to put pressure on rival traditional automakers around the globe to make similar commitments. In all likelihood, GM’s EV strategy is just a tiny step in the right direction. Per capita, Norway has more electric car owners than anywhere across the world. Even with EV industry leaders like Tesla Inc., America has a long way to go before it overtakes Norway with electric car sales. But, General Motors has a point – we need to start from somewhere. So, let’s go America!

Anna Domanska
Anna Domanska is an Industry Leaders Magazine author possessing wide-range of knowledge for Business News. She is an avid reader and writer of Business and CEO Magazines and a rigorous follower of Business Leaders.
« Amazon loses bid to delay union forming move at Alabama facility
Amazon to invest in natural gas trucks to lessen carbon emissions »
Leave a Comment
Close