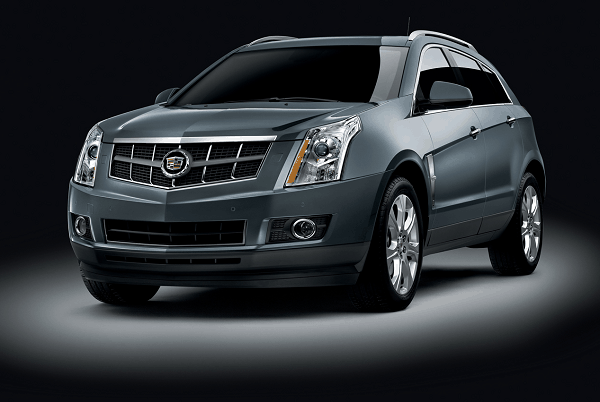 General Motors Co. to add 40 dealers for its Cadillac brand in China

As General Motors Co. has more and more ambitious goals and it simply wants to have it all, it has decided to boost the number of Cadillac dealerships in China by approximately 25 percent. The announced plans are aimed at boosting GM’s popularity in the China’s luxury car market which is dominated by Germany’s luxury carmakers, including Volkswagen AG and its Audi brand.

Even though General Motors Co. is the largest foreign carmaker in China, it is losing in one segment, namely, the China’s luxury car market.  Due to the successful cooperation with joint venture partners, the U.S. carmaker sold over 251,800 vehicles just in October, which was a growth of approximately 14.3 percent compared to the results reported the same month a year ago. As for November, General Motors Co. sold more than 260,000 vehicles – a roughly 9.7 percent year-over-year increase.

Yet all those numbers are not satisfying enough as General Motors Co. has been facing an increasing competition from other carmakers. And one more thing, maybe the U.S. carmaker is the largest one in China, but it simply does not dominate in the country’s luxury car market.  Even though the U.S. carmaker is outselling its biggest competitors including Volkswagen AG, it is still making less money than they are. For example, Volkswagen AG earned over $2 billion from its Chinese joint ventures in June, while the American carmakers earned only modest $700 million, so why is that?

Officials of General Motors Co. came to conclusion that this big differences might be explained by analyzing models which were sold. General Motors Co. sees mainly sales of its not so expensive car models and what is more profit on a per-unit basis is microscopic, even before the company divides earning with its partners. On the other hand, Volkswagen AG sells smaller amount of cars, yet makes more money. In the first 11 months of 2012, General Motors Co. sold over 27,000 vehicles in China, compared to more than 370,550 vehicles for Volkswagen AG’s Audi. As for Audi sales, they accounted for over 45 percent of Volkswagen AG’s global profit in the second quarter of 2012.

General Motors Co. does not benefit from the growing demand for luxury cars in China. It usually sells a couple thousand units per month, and that is not enough. Therefore the company is planning a big conquest mission in the China’s luxury car market.

Cadillac – luxury with history and soul

The GM’s plans of the conquest of the China’s luxury market are based on its famous Cadillac brand. GM CEO Dan Akerson wants Cadillac not only to be a stronger competitor for Germany’s luxury brands in the U.S. market but in the China’s market as well. Not surprisingly, General Motors Co. decided to add approximately 40 dealers for its high-end Cadillac brand. To date, the American carmaker has as many as 160 dealers. In addition, General Motors Co. also announced that 400 showrooms were to be launched in 2013 in China. The whole expansion is aimed at taking more market share from its arch rivals such as Volkswagen AG and Daimler AG.

Analysts believe that General Motors Co.’s Cadillac has the chance to come into being but the company needs to have a good strategy based on the profound analysis as also Cadillacs are more expensive in the world’s biggest car market than its rivals’ luxury vehicles. Everything indicates however that the U.S. carmaker did its homework as it also plans to build plants that will produce Cadillacs so that prices will be lower.

Anna Domanska
Anna Domanska is an Industry Leaders Magazine author possessing wide-range of knowledge for Business News. She is an avid reader and writer of Business and CEO Magazines and a rigorous follower of Business Leaders.
« McDonald’s wants to keep open on Christmas
Arris acquires Google’s Motorola Home for $2.35bn »
Leave a Comment
Close

Stellantis, the carmaker formed earlier this year by the merger of Fiat Chrysler and PSA, has revealed that it no longer needs to buy emission credits from Tesla, which will result
17 hours ago