Cambridge Analytica scandal took its toll on Facebook’s primary campaign – “radical transparency.” But litigation will play deaf ears while providing necessary sanctions to shield social media users from political beguilement. Facebook is struggling to adopt new policies that would curb further breach of its users’ personal information in bids to gain new trust and exonerate severe penalties, which would be developed based on its current data management measures.

Before now, experts had proposed swift damp in revenue ads and massive deletion of accounts as the most confronting losses Facebook would incur, which will also depend on how the platform play along with the scandal threats. Conventionally, all measures we should expect from the most successful social media platform must be geared towards orchestrating its original objective and that which will not severely damage the income mainstream. So, what are the responses so far?

Data protection authorities are faced with increasing pressure to further scrutinize digital privacy policies for better policing of the internet space. But it seems the authorities are waiting patiently for final investigations before arriving at new measures or they are afraid to confront the giant tech in the middle of a global backlash.

Facebook and other internet companies are racing to meet up with European Union’s General Data Protection Regulation (GDPR) set to roll out on May 25. It’s a set of new data protection rules that would change a lot about how companies handle and compute personal information of customers in the European Union as it provides greater control of personal data to users. 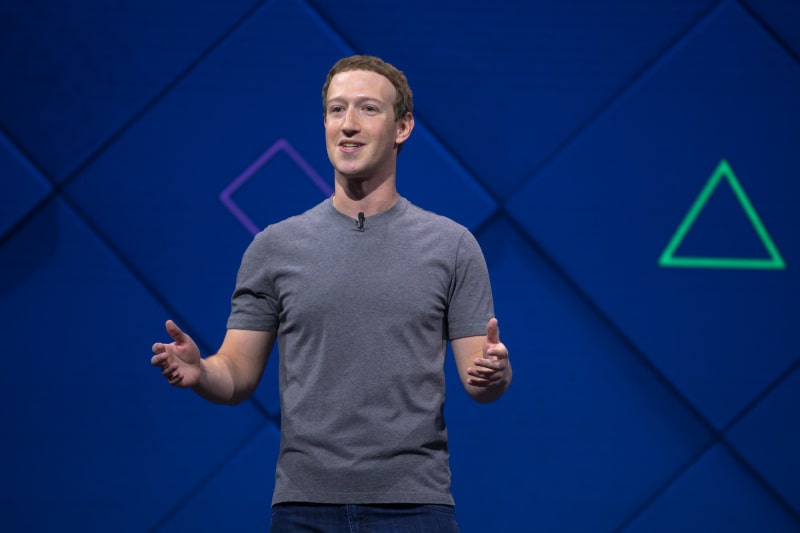 Aside from those paying for ads, Facebook wants to disclose “different ad variations the buyers target at Facebook users.” Will this be enough? (Image: Mark Zuckerberg at F8 2017)

In the US, the Federal Election Commission (FEC) is weighing up two alternatives in view of establishing a bipartisan proposal that will regulate political ads. Similar content disclaimer requirements for TV political ads in two fashions: vivid disclaimer in the ad contents and a separate landing page with disclaimer has been proposed by Democrat Commissioner Ellen Weintraub and Republican Caroline Hunter (FEC Chairwoman) respectively.

Facebook CEO Mark Zuckerberg on Thursday announced its plan to comply with disclosing ads buyers in view of establishing new transparency measures – move the company declined in 2011, insisting its ads should be regulated as “small items.” Aside from those paying for ads, Facebook wants to disclose “different ad variations the buyers target at Facebook users.” Will this be enough?

While federal election law is limiting FEC’s jurisdiction, internet companies will be required to modify their platforms to accommodate any of the disclaimer models, and of course, this will be cumbersome on small devices with limited space such as mobile phone, while we are also considering the number of users that would be interested to read disclaimers. Self-regulating efforts from Facebook will at some level administer more transparency but loopholes are inevitable considering the fact that the foreign actors are not likely to give up influencing more elections.

Political ads recorded a total spending of about $1 billion in 2016; still far less than spending on TV and radio ads where over 56% of Americans rely on for trusted information. We are aware that most social media platforms have banned cryptocurrency ads in a way not to be tagged a source of false information if its users run into losses or become duped.

If national politics is considered more sensitive and future-determining for billions of lives, can all social media platforms possessing a level of users’ information cease from participating in political ads? Is $1 billion annual revenue distributed among all internet companies worth more than credible elections? This may be severe and less resourceful to political elites, but until a well-tamable system is established subject to growing technology, social media users remain vulnerable to foreign actors as loopholes are completely inevitable based on our current technology.

Anna Domanska
Anna Domanska is an Industry Leaders Magazine author possessing wide-range of knowledge for Business News. She is an avid reader and writer of Business and CEO Magazines and a rigorous follower of Business Leaders.
« American Electric Power (AEP) Is Planning To Build A Two-Gigawatt Wind Farm
Former Google AI Head Moves to Apple »
Leave a Comment
Close