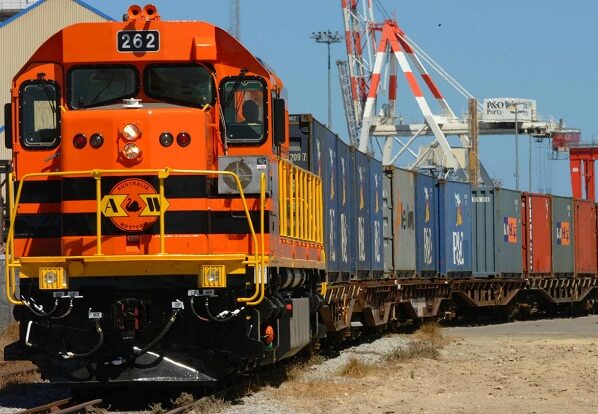 With all of the changes to transportation that have taken place over the past several hundred years, there’s one mode of transportation that remains relatively unchanged: rail. Global rail freight is pushing full steam ahead as more people in more places are improving current global rail freight infrastructure or are investing in its implementation.

Boom in the Railroad Industry

Even through global rail freight saw a decline during the worldwide economic recession, railroad industry leaders predict global rail freight to be back on track by 2015. Rail freight volumes in the UK, for example, are projected to double by 2030. Part of this boom in the UK is due to a new rail freight service between the UK and Poland that just launched this week. DB Schenker, part of Germany’s Deutsche Bahn and the UK’s largest global rail freight operator, said the service would run at night on the High Speed One route, the only line in the UK with high enough overbridges and wide enough tunnels to allow larger, continental-sized trains to run.

India will also see a boom in its railroad industry, as the World Bank approved a $975 million loan to help the Indian government set up an Eastern Dedicated Freight Corridor to ease bottlenecks on India’s rail freight network. This eastern corridor will create one of the world’s largest global rail freight operations and help faster and more efficient movement of raw materials and finished goods between the northern and eastern areas of India.

Top US rail freight operators are also optimistic, as major companies saw modest increases in the last quarter. CSX and Union Pacific reporting an overall on percent increase, while Norfolk Southern carloads were up 3.3 percent. The railroad industry as a whole in the United States is expected to hire approximately 15,000 employees this year, providing a boost not only to prospective workers, but also to all of the businesses and consumers who depend on global rail freight to deliver the things they need.

High-Speed Rail and Railroad Industry Growth Around the World

A country that’s investing heavily in both high-speed rail and global rail freight is China. Currently, China has the world’s largest high-speed rail network and is investing about $100 billion annually in its railroad industry construction. The share of the country’s railroad industry infrastructure investment allocated to HSR has risen from less than 10 percent in 2005 to a stunning 60 percent in 2010. China has also made an agreement with Germany this week to develop global rail freight transportation between the two countries by March 2012. This global rail freight service will shorten station-to-station container deliver from China to Europe in 16 days.

Many countries around the world are developing and improving either high-speed rail or global rail freight, or both; many more than can be discussed in this one article. The train was first invented in 1822, and all have been aboard, or working to get aboard, the railroad industry ever since.